Highlights From The Critics' Choice Awards--And What It Could Mean For The Oscar Race! 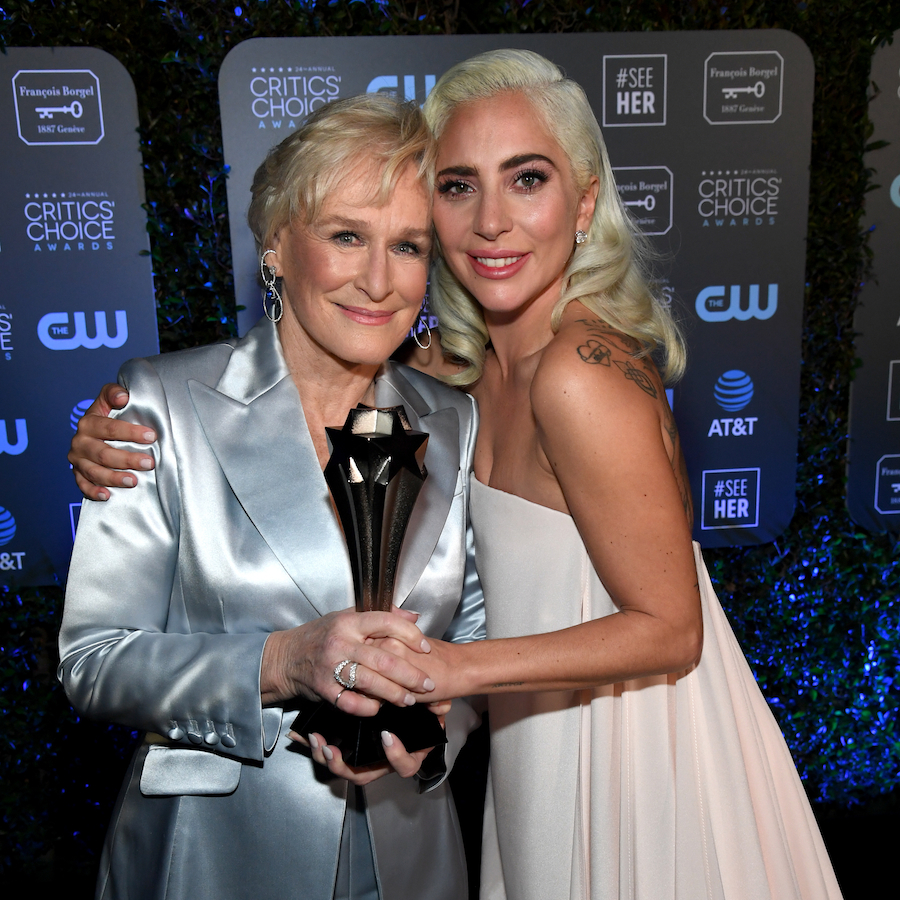 The 24th annual Critics’ Choice Awards took place last night (January 13) and I have things to report. If last year is anything to go on, the CCAs may just be our best predictor of this year's Oscar results. In 2018, they overlapped with the eventual Oscar winners in 15 categories, including Best Picture, Best Actor, and Best Actress… try to name 15 Oscar categories, I dare you. So, with that being said, the time has come to start crafting our Oscar brackets! Here’s everything you need to know:

With all the hype surrounding Alfonso Cuarón’s drama Roma, you may not think it’s surprising that it left with the night’s top prize of Best Picture, but let me tell you, it is a Big Deal. In the 91-year history of the Oscars, the award for Best Picture has never once been given to a movie that isn’t in English, and on top of that, Roma is a black-and-white foreign language film from Mexico distributed through Netflix. It literally has all of the cards stacked against it, so the fact that Critics gave it Best Picture is an enormous testament to just how skilled Cuarón is at the art of storytelling, and if it’s a hint of what’s to come, well I’m guessing some history is about to be made at the Oscars.

We Love a Chameleon

Christian Bale picked up the Best Acting and Best Actor in a Comedy (I’m confused too, I feel like they should give some other people a chance here) honors for his role as Dick Cheney in Vice. Really, it’s no big surprise, Hollywood loves Bale and his insane shapeshifting abilities, though I am starting to worry about the health of his heart with all this gaining and losing weight that he’s been doing. Right now, it seems like he’s the clear leader for the Oscar with A Star Is Born’s poor Awards Season showing so far (sorry Bradley, ily) and Green Book getting hammered in the press.

Since When Are Ties a Thing?

Best Actress is still the closest race to watch, but here is where some things get confusing -- Lady Gaga and Glenn Closetied for Best Actress?!?!? And Amy Adams and Patricia Arquettetied for Best Actress in a Limited Series?!?!? I mean, honestly, a tie? Is this even allowed? Imagine if there were a tie for the Oscar, there would be mayhem! (Not that it hasn't happened before, but still...it's super rare.) After most people predicted Gaga to take home the award at the Golden Globes and the CCAs, it looks like Close has edged out ahead of her in the race for the Academy Award with a win and a tie, respectively. I hadn’t even heard of The Wife until 2 weeks ago, but clearly it is a must-watch.

A Whole Lot of Good Support

Mahershala Ali took home Best Supporting Actor for Green Book. He always was and remains to be, human perfection. Don’t @ me. If this is a safe prediction of the Oscar results, than Ali might join the very small group of people who have won 2 acting Oscars within a 3-year span. I’m rooting for you!

Meanwhile, Regina King nabbed Best Supporting Actress for If Beale Street Could Talk, same as she did at the Globes, though it may still be too close to call between her and Amy Adams in Vice. Honestly, they both deserve some Oscar love so this will be a tough one.

The Rest Is Predictable

Other than that, it was pretty much business as usual. "The Americans" continued its (sudden) award show dominance with Best Drama Series, as did "The Marvelous Mrs. Maisel" taking home the comedy honors, and Timothée Chalamet looked outstanding as always.

Anyways, the Oscar nominations are just a week away, who are your top picks?!