Highlights from the 2018 Emmy Award Nominations! 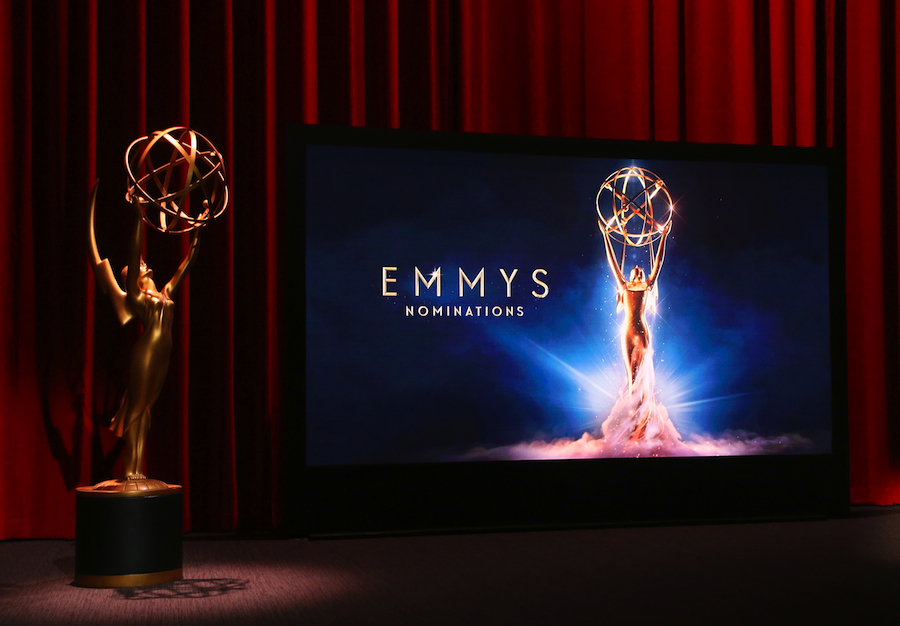 The Emmys are back, baby! Well, the nominations are anyway. This morning, we finally learned who is in the running to take home gold at the 70th annual Primetime Emmy Awards later in September. Not too many huge surprises here, but there are a few things that caught my eye, so, as ever, let’s break down the highlights!

-Donald Glover’s winning streak for 2018 seems to show no signs of stopping. Following his appearance as Lando Calrissian in Solo, his much-talked-about hosting stint for “Saturday Night Live”, and his inspired single + music video for “This Is America”, he is now the proud owner of 3 new Emmy nominations – Lead Actor in a Comedy Series and Director for a Comedy Series for his hit FX show “Atlanta”, and Guest Actor in a Comedy Series for his aforementioned “SNL” gig. Considering he one both those first 2 awards last year, his odds are good this year as well, though he faces from stiff competition from fellow TV auteurBill Hader and from the triumphant return ofLarry David.

- Speaking of Bill Hader, the comedian is toasting 3 nominations of his own this morning. His new HBO series “Barry” has been a critical hit, and the Emmy recognition is falling line nicely with that, earning 4 noms, including Outstanding Comedy Series, Supporting Actor (Henry Winkler), and Lead Actor and Directing for Hader. He is also, like Glover, nominated for his “SNL” hosting appearance. Hader previously won an Emmy all the way back in 2009 – as part of the production team for “South Park” (which won Best Animated Series that year).

- I do believe that streaming is the future… Despite “Game of Thrones” receiving their obligatory 20,000 nominations, HBO – and every other cable network – was roundly usurped this year in terms of total nominations by none other than Netflix. Thanks to shows like “Stranger Things”, “The Crown”, “GLOW”, and more, Netflix boasts a whopping 112 nominations altogether this year! All Hail The Mighty Streaming Service!

- HBO still did pretty well for themselves though. “Westworld” in particular made a strong showing, with much-deserved nominations for Drama Series, plus both Ed Harris and Jeffrey Wright landing in the Lead Actor category, andEvan Rachel Wood stands firmly among the Lead Actresses. Also very pleased to see Thandie Newtonin the Supporting Actress category, but I have to admit to being extremely disappointed at not seeing Zahn McClarnon among the Best Guest Actors in a Drama Series category – his performance as Akecheta was probably THE standout moment in Season 2, and the episode “Kiksuya” is widely considered one of the best episodes of the series, period. Talk about a snub! For a TV Academy that has seemingly been trying to be more inclusive and diverse, this is a glaring omission, especially in light of how across-the-board well-received McClarnon’s performance was. Don’t even get me started out the show’s shut-out in the Directing category…

- Speaking of snubs, for the first time in 8 years, perennial fave “Modern Family” finds themselves sitting this one out, having not received a SINGLE nomination! Same goes for “Veep”, which seems to tag-team win with “Modern Family” every year. With these two powerhouses out of the running this year, that leaves a lot of room for some new blood to step up to the plate, like “GLOW”, “The Marvelous Mrs. Maisel”, “Barry”, “Unbreakable Kimmy Schmidt”, and “Black-ish”. (Although “Atlanta” will be the likely winner.)

- Unbelievable as it may sound, Sandra Oh becomes the first female actress of Asian descent to land a nomination in a Lead Actress category, earning recognition in the Drama category for her work in “Killing Eve”. Oh was previously nominated 5 times, with no wins, in the Supporting Actress category for “Grey’s Anatomy”. Meanwhile, still no love for the marvelousConstance Wu from “Fresh Off The Boat” (or that entire show in general, which continues to get slept on, again in spite of all the pleas for more diversity of nominees)…

- WithJohn Legend’s nomination for his performance in “Jesus Christ Superstar Live In Concert”, he’s well on his way to an EGOT! The Grammy Award-winning singer also has an Oscar and a Tony Award to his name – could an Emmy be far behind to complete this rare milestone? Well, he’ll have some stiff competition against the likes of Jeff Daniels (“The Looming Tower”), Antonio Banderas (“Genius: Picasso”),Darren Criss (“The Assassination of Gianni Versace: American Crime Story”), and Benedict Cumberbatch (“Patrick Melrose”).

- “SNL” has had a banner year in general, racking up 12 nominations total, including nods to Kate McKinnon for Supporting Actress in a Comedy Series (she has won the last two years),Leslie Jones, Aidy Bryant,Kenan Thompson, and Alec Baldwin.

- Last year’s Best Drama Series winner “The Handmaid’s Tale” is not messing around with its cast this year, stuffing every acting category with as many of their actors as they can. Defending champsElisabeth Moss (Lead Actress), Ann Dowd (Supporting Actress), and Alexis Bledel (Guest Actress) are all back again this year, and they’re joined by Samira Wiley, Cherry Jones, and Kelly Jenrette in the Guest category, Yvonne Strahovski and Joseph Fiennes in the Supporting categories, and Bledel has been upgraded from Guest to Supporting this year.

- Our favorite reluctant adoptive father/supernatural adopted daughter duo from “Stranger Things”, David Harbour andMillie Bobby Brown, both picked up nominations in the Supporting actor categories. The show is also up for Best Drama Series, and the Duffer Brothers were nominated in both the Writing and Directing categories.

- Best Supporting Actress in a Comedy Series is evoking a bit of déjà-vu this morning, with both Megan Mullally andLaurie Metcalf’s names on the ballot for “Will & Grace” and “Roseanne”, respectively. The last time Mullally was nominated for this role was back in 2006, which she won (she has been nominated 8 times total, winning twice… so far). Meanwhile, Metcalf was last nominated for her role in “Roseanne” way back in 1995, which she didn’t win… though she did win the previous 3 years before that.

- I am personally super excited to see Michael Stuhlbargon the ballot – for Supporting Actor in a Limited Series or Movie for “The Looming Tower”. He’s one of those actors who is in everything and is AMAZING but doesn’t get half the recognition he deserves yet manages to make anything he’s in a thousand times better.

These were just some of the juiciest tidbits I noticed while perusing the ballots this morning. You can see the full list of nomineeshere.

Be sure to tune in on September 17 to see who comes out on top!