Highlights from the 2015 Tony Awards 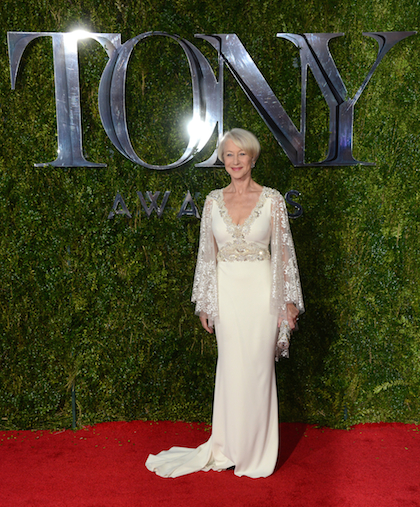 The whole night was a bit of a surprise as some rather unexpected shows took home awards. Fun Home, a musical version of Alison Bechdel’s phenomenal graphic memoir that focuses on Bechdel’s childhood (I’ve read the it; it’s amazing), won the Tony for Best New Musical. Fun Home beat out more traditional Broadway fare and has remained a success; the show has been playing to sold-out crowds for the last few weeks. (Hopefully this means that it will go on tour, and those of us not in the Manhattan area can enjoy it as well!) Meanwhile, the award for Best Musical Revival went to an all-time classic,The King and I. My boyfriend Ken Watanabe and Kelli O’Hara even danced a number from the production (he just keeps getting better and better).

On the play front, The Curious Incident of the Dog in the Night-Time won the Tony for Best New Play, which is also based on a book. Written by Mark Haddon, the play (and the book) focuses on a young boy grappling with Asperger’s Syndrome. The winner for Best Play Revival went to Skylight, about a couple dealing with the aftermath of their affair amidst economic turmoil.

As per expected during the Tonys, the show featured spectacular as well as somber musical moments and gorgeous gowns. This year, flowers seemed to be in bloom -- quite a few starlets donned bright and colorful frocks. And because no Award show is complete without Helen Mirren, she won a Tony for playing Queen Elizabeth II (in The Audience), which marks her second time winning an award playing her, and the third time winning an award playing a Queen Elizabeth! Yes, with an Oscar, Emmy, and now a Tony under her belt, she's well on her way to completing a Royal EGOT!

What were some of your favorite moments from the Tony’s?