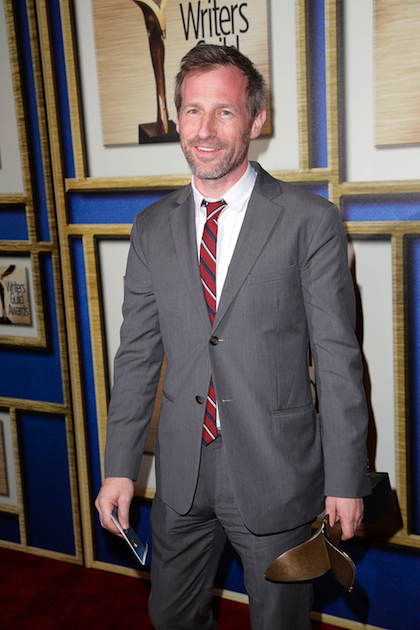 The Oscar race has gotten even more interesting (if that was humanly possible) thanks to the Writers Guild Awards, held this past Saturday night in New York and L.A. The writers came out in style for their big night (hey, we like to be acknowledged too!) where there were a few unexpected wins. Her, written by director Spike Jonze, took home the award for Best Original Screenplay, while Captain Phillips, written by Billy Ray, won for Best Adapted Screenplay (from Richard Phillips's book). Neither one of these films have yet to win at a major award show, thus the WGAs mark their first big victory. This certainly mixes up the Oscar race -- up until now, 12 Years a Slave, American Hustle, and Gravity have been dominating the most coveted award shows. Could Her or Captain Phillips surprise us all and swoop in to seize Best Picture? Only time will tell, but I would be quite surprised if neither one of these films wins for Best Original Screenplay and Best Adapted Screenplay, respectively. Her is one of the most original ideas to hit theaters in a long time, and is quite timely -- who here hasn’t fallen in love with their phone or computer?? As for Captain Phillips, I have four words for you: Tom Hanks and pirates. That’s a winning combination!

What do you think? Could Her or Captain Phillips take home the Oscar for Best Picture? Or could they be sent home empty-handed? Let us know!