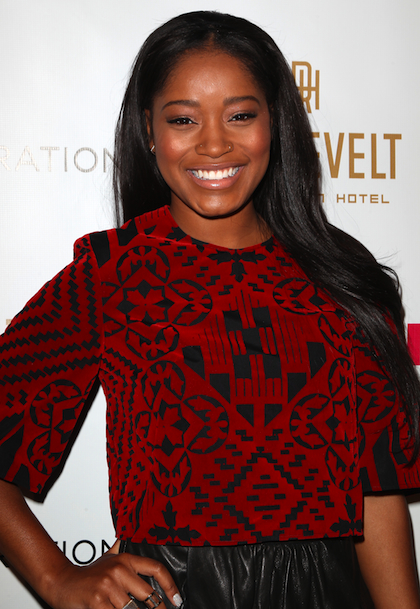 We first fell in love with Keke Palmer when she made her acting debut in Barber Shop 2: Back in Business then jumped into lead role in Akeelah and the Bee. After taking the TV world by storm in the Nickelodeon series "True Jackson VP", I think it’s safe to say this girl has got it goin’ on. BET, along with producer Judge Greg Mathis, bring us "Just Keke", a talk show hosted by Palmer, which touches on relationships, fashion, pop culture, and social issues. At 20 years old, Palmer recently claimed the title of becoming the youngest talk show host in the history of television!

Before the show's premiere on June 30, Palmer gave YH the low-down on how the series is set to be a “fun time”. She believes that the show has a sense of community and love to it. She wants people to feel comfortable to come hang out, chill, and talk.

The show also features celebrity interviews, along with “on the street” and undercover segments that you don’t want to miss! Check out who surprised her on set of the premiere:

Seriously, how cute is she?? But that's not the only celeb that Keke has her eye on -- As she mentioned in our interview with her, Palmer’s idol, Rihanna, has been a big influence on her and revealed she would be the ultimate guest to have on "Just Keke". Palmer, like Rihanna, has embraced her own individuality through fashion, a topic she is excited to share with her viewers. Our fingers are crossed hoping that RiRi makes an appearance on the show!

Like many talk show hosts, Palmer’s main priority is to keep her audience involved. In-studio guests get to choose the songs they want to jam out to during the show. But the party doesn’t stop there! She even hinted at dance parties and kickbacks during commercial breaks. (Can we get in on the fun?!) She plans on video chatting with at-home viewers to make sure that they are also a part of all the excitement.

Make sure to tune in to BET every weekday at 5PM to kickback with "Just Keke"!