Hal Jordan vs John Stewart: Who Should Be the Next Big-Screen Green Lantern? 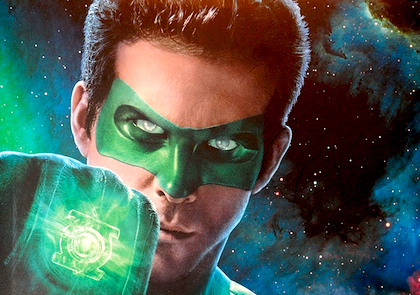 Reboots! Reboots! Reboots! Even if they're your least favorite kind of boots, you never know, you might find one that fits just right. The fact is, though, that reboots are becoming all the rage with regards superhero movies. Does that mean that it always has to be a negative thing? Hell no. Let’s be honest with each other -- there are some superhero movies out there that just weren’t that good the first time around. A few, like Fantastic 4 and Green Lantern, come to mind, but does that mean we should just abandon these likeable superheros in bad interpretations of their lives? No. Just no. That is why Warner Bros. is playing with the idea of bringing a DC favorite back to the big screen: Green Lantern.

A quick recap on who Green Lantern is for some of you -- Green Lantern is the name of several different humans and aliens who have gotten a magic ring that gives them powers of flight, semi-invulnerability, and almost seemingly endless manipulation of matter. In 2011, Ryan Reynolds played the second version of the Green Lantern known as Hal Jordan in the movie entitled Green Lantern. The film was a complete critical bomb but did make a modest amount of money at the box office. With Warner Bros. talking about bring back Green Lantern, it might be time to pick a new actor to don the green tights.

As I mentioned before, there are many incarnations of the Green Lantern, and one that has been shown to be popular amongst fans is John Stewart (not to be confused with the legendary fake news anchor). This John Stewart is an African-American marine veteran and architect coming out of the mean streets of Detroit, Michigan. In other words, super powers or regular-dude powers, he is not somebody you want to mess with. Then he gets the Green Lantern ring, and boy does he bust some skulls. Some people out there might know him from the Justice League cartoon show out there called “Justice League Unlimited” in 2004-2006, where he is voiced by Phil LaMarr. It would be a good change-up in things considering he is an African-American superhero, and is technically more popular than Hal Jordan with younger generations as well as my generation.

So, where does that leave actor Ryan Reynolds? Well, Reynolds ain’t hurting too bad in the superhero department these days. He’ll be playing Deadpool in the upcoming movie about Deadpool called Deadpool. So he’s doing fine and he isn’t even the first actor do play a little game of Superhero Musical Chairs -- Chris Evans played Johnny Storm AKA the Human Torch (because he can turn into fire and fly around) in the first theatrically-released Fantastic 4 movie, which, despite having two movies, was met with universal panning by critics and fans. What has Evans been up since then in the superhero department? Well, there’s the fact that he’s playing a little-known character (sarcasm) named Captain America who has had two of his own movies and been a main character in both Avengers movies. Not just that, his third movie will serve as the mechanism for the very popular Marvel arc about a superhero civil war.

Case in point, Ryan Reynolds will do just fine without the Green Lantern, and the Green Lantern might do just as well without him. Who will step up to the plate? Only time will tell, but Warner Bros., please make it John Stewart this time instead of Hal Jordan. Stewart is just a total [email protected]$$ whom my favorite news anchor is presumably named after (there is no existing evidence to back up this statement).

Until more details come out, here is the “somewhat watchable” version of the exclusive SDCC trailer of Deadpool. Enjoy it and remember there can only be great stuff from here on out: