Fox Will Do The Time Warp Again With a 'Rocky Horror' Remake! 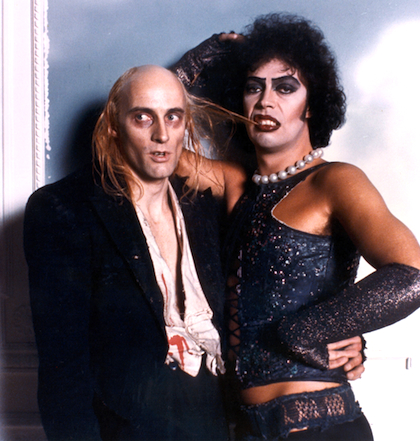 It’s time to dust off your Dr. Frank-N-Furter costume, because Fox is remaking the delightfully campy Rocky Horror Picture Show for the small screen! This new version of the classic musical-camp-horrorfest will not be a live production like NBC's recent "Sound of Music" and "Peter Pan" broadcasts, but you can still live-tweet about it to your heart's content. The production will be produced, directed, and choreographed by none other than High School Musical mastermind and director Kenny Ortega.

Casting has not yet begun on the film, but since “Glee” wrapped up its final season, perhaps we'll see a star or two from that show pop up in a role. After all, “Glee” did have an entire episode dedicated to The Rocky Horror Picture Show, so quite a few actors are already familiar with The Time Warp. Ortega has revealed that this version of the film will be a “reimagining”, meaning that it won’t be 100% faithful of the original (which makes sense if you want to pull this off for primetime network television). However, the new film will include the songs we all know and sing at karaoke and will still follow the original plot, but the look of the set and the characters will be different.

This isn’t the first time Fox has considered a Rocky Horror remake either. In 2010, Fox 2000 asked Ryan Murphy if he would be interested in directing a remake of the original film for theaters, but the deal fell through. Lucky for us, Fox decided to not give up on the project, and we’ll get to see the finished result soon!

I honestly have no idea what the “reimagined” version of Rocky Horror will look like. Personally, I think it would be fun if they decided to set it in the future. A futuristic, trippy Rocky Horror sounds perfect to me.

Are you excited for the new version of The Rocky Horror Picture Show?