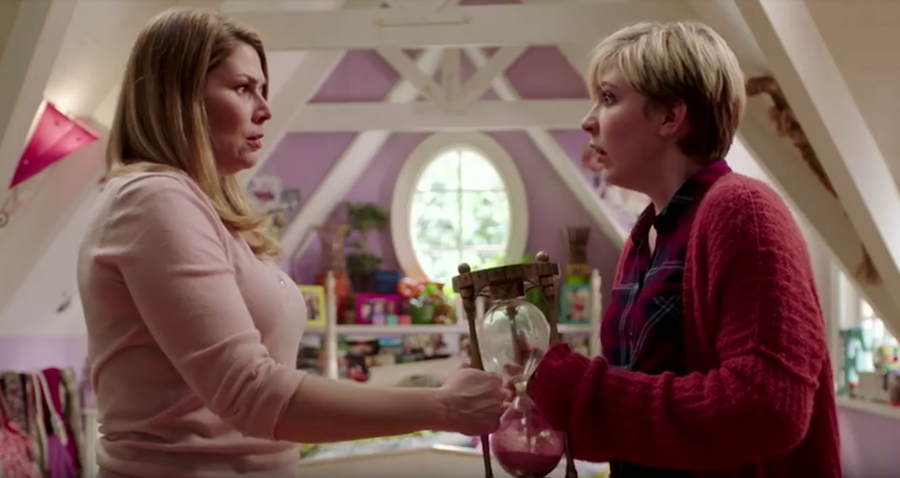 It’s official! The teaser trailer is finally here for the new Disney Channel Original Movie, Freaky Friday! This reboot/remake of the classic switcheroo story is going to be a musical version of the beloved original movie. Disney is known for their original movies, especially their musicals, some of which include Teen Beach Movie, Camp Rock, and we cannot forget theHigh School Musical series everyone loves! Now there is a new musical coming to town and we cannot wait!

Of course the 2003 Freaky Friday has songs that you can definitely jam to as well! Anyone remember jumping on their bed dancing and singing along to “Ultimate”?

Now, there are going to be so many new songs that you can dance and sing along to thanks to this update! Check out the new teaser below:

The upcoming TV movie is based on a stage musical that debuted in October of 2016, and they are bringing back the actors to play the roles on the small screen. Heidi Blickenstaff will be playing the role of uptight mom Katherine, and Cozi Zuehlsdorff will be playing rebel daughter Ellie. The movie will most likely keep the songs they sang for the stage musical. So, if you saw the stage musical, then you're ready for this summer! We cannot wait to see what this new Disney Channel Original Movie is all about!