First Teaser for "Bates Motel" Promises the Final Season Will Be the Creepiest Yet! 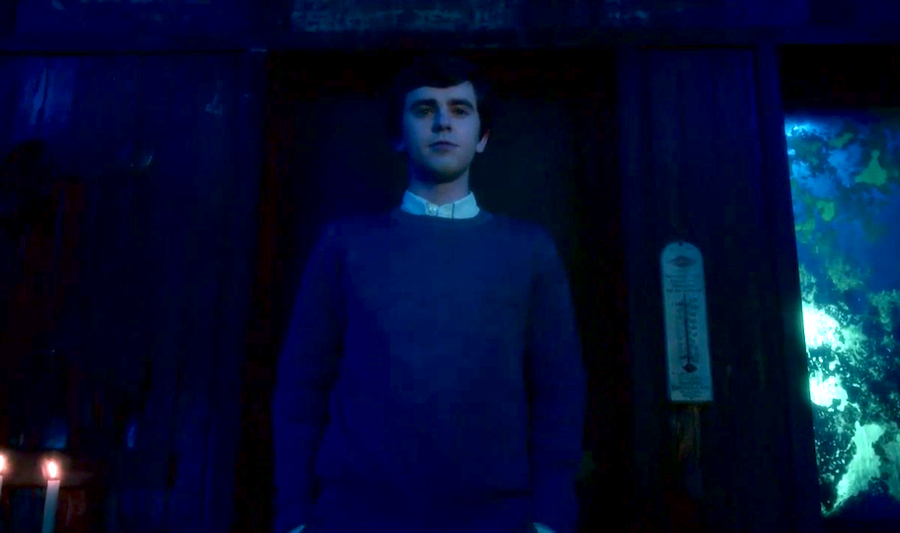 If you’re not caught up on “Bates Motel” (or if you’ve never seen the movie… or if you live in a bubble that shuns all pop culture and don’t know anything at all about Psycho), then the new teaser for the upcoming final season contains a major spoiler!

Season 5 of the hit A&E TV series will also be its last, with the writers and producers bringing the story of Norman Bates and his mama to an organic conclusion rather than milking this prequel to its last drop. The previous 4 seasons have all been building to this, to a result we all knew was coming, and that momentous event finally came to pass at the end of Season 4 – Norman offed his dearly beloved mother, and the final season will be devoted to him coming to terms with that… in his own, highly unhealthy way.

Suffice it to say, the writers of “Bates Motel” have gone in a very different thematic direction from the film (and the book the film was based on), where it’s revealed that Norman poisoned his mother, along with her lover, in a fit a jealousy, whereas on the TV show, Norman attempted to kill both his mother and himself via gas poisoning in order to bind them together forever. His efforts were thwarted by his stepdad Sheriff Romero, who was able to revive Norman but not Norma. During San Diego Comic-Con this past summer, Nestor Carbonell, who plays Romero, told me that the writers had actually planned to kill off Romero as well but decided against it at the last minute. I have to wonder at the reasoning, considering Romero is obviously aware of what Norman did and why, whereas the Norman of the Alfred Hitchcock film & Robert Bloch book was able to exist at all due to his isolation. No such isolation truly exists for A&E’s Norman. In fact, not only is Norman surrounded by people who know he has deep psychological issues, he is barely able to hide that fact himself, displaying a very obvious sinister aura that belies why Norman is actually scary. The reason Norman works as a villain is because we don’t know that he is... and neither does he! Yes, we’ve seen Norman do very bad things and watched his mental state deteriorate throughout the course of the show, but the important thing is that Norman doesn’t KNOW he’s bad. Norman is actually a pretty nice guy… because he honestly doesn’t understand that HE is the one responsible for his mother’s crimes. And there is nothing scarier than a monster who doesn’t realize he is a monster. But that’s not what we’re getting on “Bates Motel”.

Which is… fine, for what it is. The show has still managed to spin an interesting yarn, and let’s face it, Freddie Highmore has been killing it (no pun intended… maybe). And I am certainly determined to see this thing through. The teaser alone feels like a short film all by itself, and for better or worse, I am curious to see Rihanna as Marion Crane (AKA the woman Norman kills in the shower)… Of course, if she ends up NOT getting killed in a shower, then I will be highly irritated!

The fifth and final season of "Bates Motel" begins February 20 on A&E.