6 New Year's Resolutions We Want to See for Film & Television! 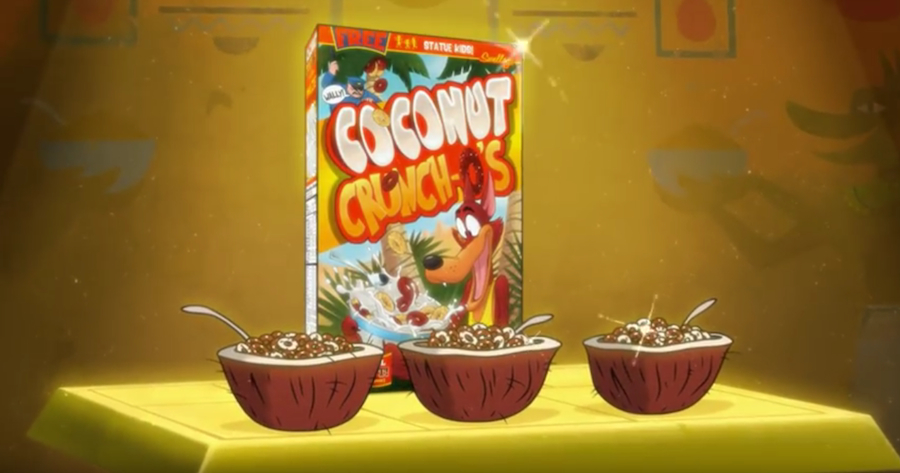 TV has been especially good lately, and even though movies have been franchised to heck and back, there’s some good things going on there too. Since it’s now 2017 (no matter how many times a day I write down January _____th 2016), let’s give Hollywood some resolutions that we'd like to see in the new year!

If you don’t know what I’m talking about, then pick out any superhero or action movie in the last couple of years, and what’s going on in the third act? A friggin’ beam rains down from the sky to destroy Earth somehow. It all started with A New Hope back in 1977 and recently every movie has decided to bring it back. Right now, Rogue One and The Force Awakens are the only two that get a pass from me because it makes sense. Everybody else, please figure out another way to hold the world hostage. Unless it’s Fast and Furious. They haven’t done that one yet and it would be hilarious if they did.

Now, I remember when they did this for Jurassic World and some other movies a couple years ago, but then they kind of stopped… until recently. First it was They Mummy, then it was the new Fast and Furious trailer, but Hollywood really seems to like to make an event out of certain movie trailers by advertising with a much shorter trailer that a trailer is on the way. It’s not for me. It doesn’t get me excited to see the trailer, it just makes me get annoyed that I was going to watch a trailer but it ended up not being the trailer and now I have to wait. It’s like clicking on a YouTube video to watch an advertisement before you knowingly watch an advertisement. Until the next one gets rolled out, watch this accidental release of The Mummy trailer, which makes watching a trailer before a trailer worth it.

Look, I really do like shows like “Louie”, but sometimes you just want to enjoy a comedy that’s smar AND fun. I think I found something new recently with the black-hearted Fox show “The Mick”, but there are so many of these comedies that also want to make you cry, like “Transparent”. “Atlanta”, which I think was the best show of 2016, did this a little bit too. It’s cool. It’s artistic. I would never take them away from people, but at some point, comedy has to start getting back to what it is -- comedy! It makes us laugh and feel good. Please make more inventive comedies that won’t make me feel depressed afterwards.

“Atlanta” had a great episode this year where it was a BET-style talk show that one of the characters, Paper Boi (played by Brian Tyree Henry -- major Golden Globe snub), appeared on and became somewhat of an assault on him by the host and the other guest. It showed us commercials from this world Donald Glover created that already seemed similar and different from ours in a surreal way, it showed us social/race issues in this world that weren’t any more ridiculous than our own, and it was just uniquely hilarious all around. “Atlanta” isn’t the first show do an episode like this, but convention-smashing episodes like this one are too far and few unfortunately, so writers, hit the room and get more creative already. Here’s one of my favorite commercials from that episode of “Atlanta” (NSFW):

I don’t know when it happened, but these used to be on Discovery Channel and network TV all the time. At some point, the shift went totally to reality TV and somehow documentaries or docu-series just fell away. There were things like “Planet Earth” about wildlife, magic shows, and overall just interesting stuff. Discovery Channel in particular has let me down because I put it on now and I’m in for a “Deadliest Catch” marathon as opposed to learning anything about nature aside from "the seas are tough but chain-smoking fishermen are tougher." ABC recently aired some stuff with David Blaine, and I think what he does is amazing. Netflix also produced a Werner Herzog documentary on volcanoes, and Leah Remini's docu-series about Scientology on A&E is raking in some great numbers. Network and Netflix might already be back on track to doing things like this more, but Discovery Channel? Please air more actual wilderness documentaries!

Here’s the trailer for Herzog’s Into the Inferno:

Like everybody else on this planet I love Pixar. There are hours of reactions and reviews to the beginning of Up that made everybody cry, but Cars is one of those kids movies that are for kids. Cars 2 came out and there was a lot of backlash by adults… ADULTS!!!! Guys, these movies aren’t made for us. They never were supposed to be, but somehow we hijacked them and now many companies want to cater to non-parental adults as well. It’s fine to do, but then I saw the teaser trailer for Cars 3 and I was baffled/worried at the same time that the final installment won’t be for kids anymore. I’ve never seen the Cars movies but I know what they’re about... talking cars. Keep it at that with at least some of these movies. Illumination makes movies like Despicable Me, Minions, and now Sing, which is definitely not for me but that’s kind of the point of these. Illumination, keep it up for the kids. Pixar, pick and choose your battles.

Here’s the Cars 3 trailer that has been bringing children to tears:

This past year overall has been pretty good for Hollywood. I especially like the track that TV is on, but things could get better! Hopefully Hollywood goes by these resolutions and beyond!