First Fantastical Look at 'Fantastic Beasts & Where To Find Them'! 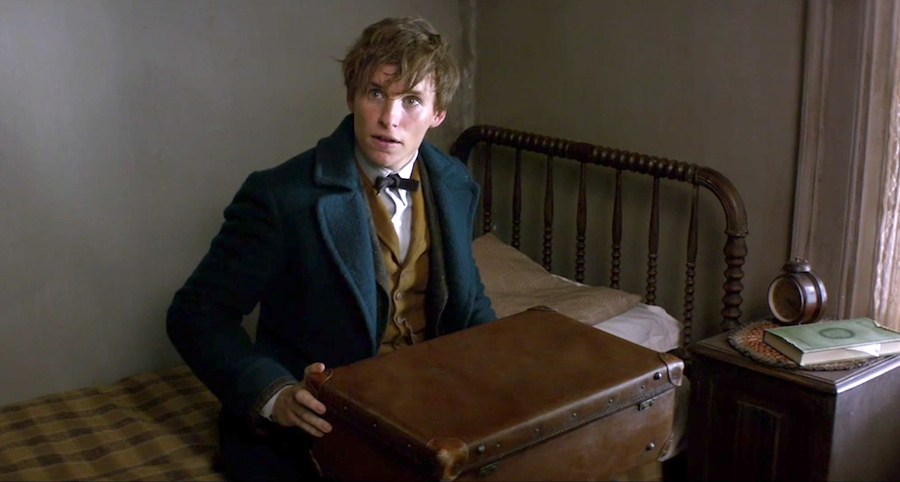 It’s here, it’s finally here! Hot off the heels of the official announcement that the Wizarding World of Harry Potter will be opening on April 7 of 2016, we now get our first real look at the much-anticipated Harry Potter spin-off, Fantastic Beasts and Where To Find Them! Check out the teaser below!

Was it just me, or were you waiting to hear John Williams’s familiar score playing over the titles? BUT we have to remind ourselves that this is not a Harry Potter movie, and as of this writing, John Williams is not even listed as a credit on this film. Even so, this movie promises to deliver on the same essence of the previous Harry Potter films, thanks to a script penned by the Mother of Wizards herself, J.K. Rowling, and directed by 4-time Harry Potter helmer David Yates. These people understand the Harry Potter universe better than anyone, and how to translate it into film, so I think we are more than in good hands!

What truly makes this chapter in HP saga unique, though, is that it is the first to take place on American soil. To that end, for the first time, American (or, at least, non-British) actors will fill out the cast of this film, including Ron Perlman, Jon Voight, Ezra Miller, and Dan Fogler. Ironically, however, even though there was a strict No Yanks policy in the HP films, FB&WTFT will actually feature British actors playing Americans. Go figure!

But don’t get your wands out just yet, folks – this film won’t be released for nearly a year. In the meantime, check out our interview with star Eddie Redmayne in the YH Studio!