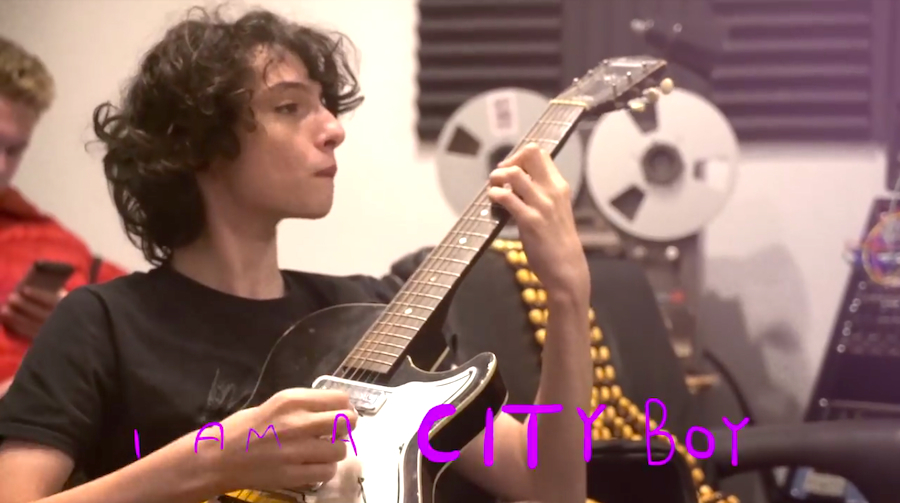 When he’s not playing Mike Wheeler in “Stranger Things”, Finn Wolfhard is busy in the studio recording with his band, Calpurnia. They just released a new single, “City Boy”, and we're enchanted!

The Canadian-based band consists of lead singer Finn, lead guitaristAyla Tesler-Made, bassist Jack Anderson, and drummer Malcolm Craig. This grungy song gives us a peek at all the band does while recording their songs in the studio. And we’re loving how much fun they’re having!

The inspiration for the video was to show how the producing process is for them, which is this group of friends interested in music hanging out together to create “City Boy”. The catchy chorus with the guitar solos has us jamming, and the colorful, neon animations and text are a great addition to the video. It’s like what goes on in 15-year-old Finn’s mind!

In the video, we can see the authentic selves of the Calpurnia members as they record, mix, and, of course, joke around!

Can’t get enough of Calpurnia? Check out their cover of "Twin Peaks":

The band signed with Royal Mountain Records at the end of last year. Their EP is due this spring and a tour is set for this summer! As we wait for more music, make sure to stream “City Boy” on Spotify and Apple Music!