Everything We Know So Far About Lady Gaga's 'House of Gucci' Movie! 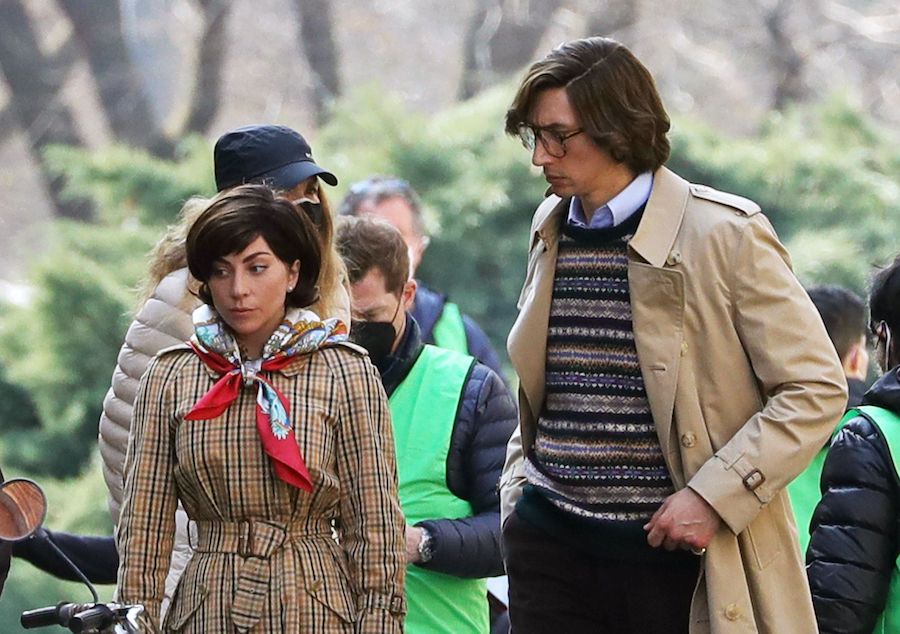 If you’re anything like us, you saw Lady Gaga’s post last week of her and co-star Adam Driver dressed in designer ski outfits against a mountainous, snowy backdrop, screamed, and proceeded to Internet deep-dive into the story behind their upcoming movie, House of Gucci.

If you didn’t, we’ve done our research thoroughly and would be happy to share!

Pictures have been circulating social media of the talented twosome on set in Italy, and Little Monsters and Driver stans alike are loving the '80s fashion and the scandalous true story behind theRidley Scott-directed movie. Gaga is playingPatrizia Reggiani, an Italian socialite who married Driver’s character, Maurizio Gucci, who inherited the legendary fashion house from his father,Rodolfo Gucci.

Lady Gaga on the set of "House of Gucci" in Milan, Italy (March 11). pic.twitter.com/XzbU5nVFaf

The movie, based on the book The House of Gucci: A Sensational Story of Murder, Madness, Glamour, and Greed (2001) by Sara G. Forden, chronicles the couple's relationship and the eventual murder of Maurizio, orchestrated by Reggiani, over his sale of the company. The murder trial revealed Reggiani had hired a hitman to kill Gucci, who was shot on the steps of his workplace in Milan.

Some filming has already taken place in Rome and Milan, with Lake Como and Florence, the city where the Gucci brand originated, reportedly up next.

?Adam Driver, Lady Gaga and Director Ridley Scott on the set of House of Gucci in Milan this morning pic.twitter.com/iz3UQejeTY

So far, set pictures have revealed some of the scenes we might get to see. Photos of Gaga and Driver in all black hint at a funeral of some sort, and we know for sure there will be some skiing action! Another set of shots show Gaga dressed head-to-toe in the classic tan Gucci print, with a stack of matching luggage behind her. And, it’s probably not a recreation: current Gucci presidentMarco Bizzarri has opened the Gucci archives to the production.

Lady Gaga and Adam Driver on the set of Ridley Scott’s#HouseOfGuccipic.twitter.com/immBlOkqyG

The intrigue of the Gucci brand and the scandals of the family behind it will certainly make for big screen thrills, and we’re even more excited to see Gaga return to the movies after her brilliant performance inA Star is Born. Plus, we can’t wait for more pictures from the set to come so we can see cute moments like Gaga feeding Driver a panzerotto pastry!

And just this morning, Gaga and Driver's co-star Jared Leto was spotted on set, looking unrecognizable under a mountain of old-age makeup. Leto plays Paolo Gucci, the first cousin of Driver's character Maurizio, who died in 1995 at age 62. Considering the range of styles we've seen so far in the BTS pics combined with Leto's old-age makeup, it seems clear the movie will be covering a number of decades in the Gucci saga.

More pictures of Jared Leto with Al Pacino on set of the House Of Gucci movie (March 17, 2021) pic.twitter.com/0gE3se27Xw

House of Gucci , which also stars Al Pacino,Jeremy Irons, and Jack Huston, is currently expected to premiere in November 2021. We’re counting down the days!