Everything We Know About Machine Gun Kelly and MOD SUN’s ‘Downfalls High’ Movie! 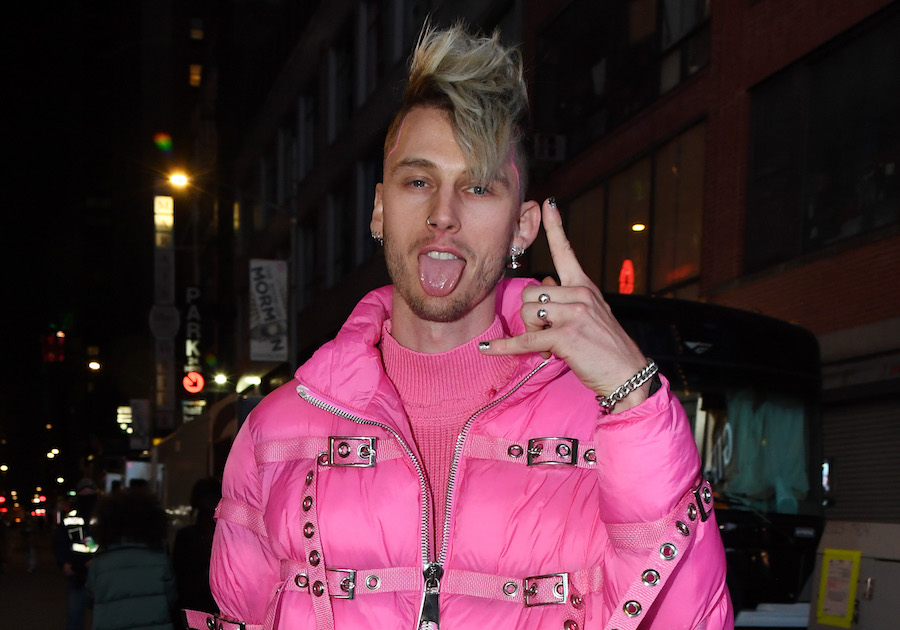 Machine Gun Kelly and MOD SUN fans are buzzing as they count down the days until the release of Downfalls High on January 15th, a movie the two artists directed together based on MGK’s #1 album Tickets to My Downfall. The film follows a boy named Phoenix (portrayed by Chase “Lil Huddy” Hudson) who navigates high school with his girlfriend (portrayed by Sydney Sweeney) while MGK and TTMD’s executive producer, Travis Barker, narrate the story through music.

According to MGK, it took them just 3 days to write the first draft of the script, and they revised it a few times before selling it in June 2020. They began filming the movie in the first week of October, with MGK teasing fans about its similarities to Grease via Twitter. He opened up about the film’s concept in an October 2020 interview with NME, explaining, “It was almost like shooting 14 music videos back-to-back, but with a narrative that’s outside of my personal life stories.”

The first trailer came out in November and a longer version was released earlier this month, showing additional scenes and revealing that several of MGK and MOD’s friends make appearances:

Cameos include Maggie Lindemann, Siiickbrain (who previously appeared in MGK’s “I Think I’m OKAY” music video), phem, and Omer Fedi, who played guitar on and co-wrote several Tickets to My Downfall songs. Trippie Redd, blackbear, and Iann Dior also make appearances to perform the songs they helped create on the album - Trippie featured on “All I Know”, blackbear featured on “my ex’s best friend”, and Iann featured on “Nothing Inside”.

MOD SUN was in charge of the film’s score and reimagined various songs from Tickets to My Downfall to not only match the movie’s energy but also make it interesting for fans who have already heard the album. He explained to Rock Sound, “Travis Barker sent me every layer of every song, so what I wanted to do was give the listener [a new experience]. [...] I’m not, like, going and orchestrating new things over it, but I am taking different parts of the songs and putting [them] where they don’t ‘belong,’ per se.”

The movie will be available on YouTube on January 15. In the meantime, check out Machine Gun Kelly’s Tickets to My Downfall!