Everyone Performing at Joe Biden’s Inauguration! 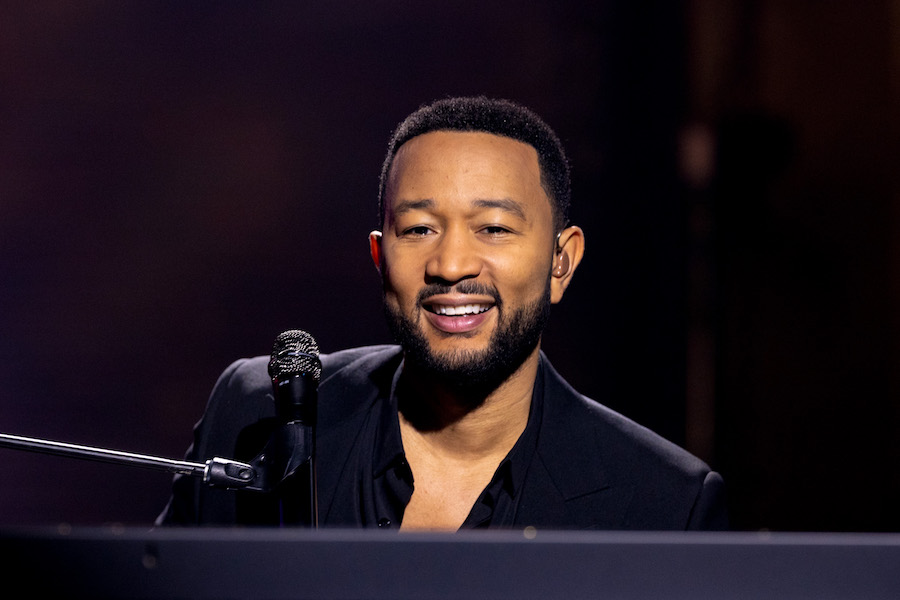 The time has come. On Wednesday, January 20, 2021, Joe Bidenwill be sworn in as the 46th President of the United States, andKamala Harris will become the frst female Vice President in U.S. history. It’s an occasion that will ideally be smaller than usual, but is still set to draw a huge audience, virtual or otherwise. But, like any Presidential inauguration, the ceremony will feature performances from some big names.

Considering the hybrid between live and televised performances this year, it’s a bit hard to keep track of it all. So we’ve compiled a list for you, keeping track of every star set to appear all in one place!

Festivities are set to begin around 11:30am ET at the Capitol, and kicking things off for the day will be Lady Gaga as she performs the National Anthem. Lady Gaga was one of Biden and Harris’s most vocal supporters throughout their campaign.

I am deeply honored to be joining @BidenInauguralon January 20 to sing the National Anthem and celebrate the historic inauguration of @JoeBidenand @KamalaHarris! ? pic.twitter.com/MfgcG3j4Aa

Also joining the inauguration for an in-person performance isJ.Lo herself. At least, we think it’ll be a performance. Lopez has yet to confirm exactly what she’ll be doing at the inauguration. Like Gaga, Jennifer Lopez was an outspoken supporter of Biden and Harris on the campaign trail. Alongside her husband, Alex Rodriguez, Lopez hosted a recorded interview with Biden and the incoming First Lady,Dr. Jill Biden, before Americans headed to the polls.

It wasn’t announced until this week that Garth Brooks would be a performer at the Inauguration, but fans are stoked nonetheless. Though he is a known Republican, Brooks has performed at the inauguration of every President sinceJimmy Carter, except for Ronald Reagan and the current President. Brooks only missed the latter’s ceremonies due to a conflict with his concert dates. Brooks hasn’t shared what he'll sing this week, but he did say it probably won't be "We Shall Be Free", because that's what he sang at President Barack Obama's and then Vice President Biden’s swearing in in 2009.

This was one of the more surprising reveals for the day, as The New Radicals haven’t performed together in more than 20 years. But for the Bidens, their song carries hefty emotional weight. In his 2017 autobiography, Promise Me, Dad, Joe Biden wrote that “You Get What You Give” became the family’s rallying “theme song” for sonBeau Biden during his battle with cancer.

For the most part, performances for Biden will be part of a televised special called "Celebrating America" on Wednesday night. Hosting that special is none other than America’s Dad, Tom Hanks. The special is set to be 90 minutes long and will air both live on TV and on streaming platforms.

After popping up in multiple campaign spots for Biden and Harris over the last year, Kerry Washington will cap off her efforts with their campaign by participating in "Celebrating America". While Hanks is set to host, it appears Washington will be introducing some segments in the program.

I am so proud to be apart of the monumental, historic night. I’ll be joining the @BidenInauguralon January 20th as we ring in the new Administration of @JoeBidenand @KamalaHarris. I hope you’ll join us!!!!!!!! #Inauguration2021pic.twitter.com/jEYtOWvJ9w

One of the biggest remote performances of the night will come fromJustin Timberlake. In an announcement on his Twitter last week, Timberlake revealed that he’ll be performing a new song he wrote with Ant Clemonscalled “Better Days”.

A few months ago @AntClemonsand I wrote BETTER DAYS. This song was our way of doing what little we could to encourage everyone to stay hopeful and to keep working towards a better future. I’m honored to announce we’ll be performing it for the Inauguration. pic.twitter.com/aes5gXdEww

Demi Lovato has been crazy busy lately, what with being back in the studio and having a new documentary set to drop early this year. But she wasn’t going to pass up the chance to perform for our next President. We don’t know what she’ll be singing as of yet, but with Demi Lovato, we know it’ll be a showstopper.

I’m SO honored to announce that I will be joining @JoeBiden& @KamalaHarrisfor their special event, “Celebrating America” on January 20th at 8:30pm ET/PT â¤ï¸?? I was left speechless when I was asked to perform! Tune in with various tv networks & live streaming services ?? pic.twitter.com/YiYmQ43M51

After giving us an entire Christmas special, Jon Bon Jovi is now headed to DC – at least, virtually. He’ll also be one of the performers during "Celebrating America".

I am very honored to be part of the Presidential Inauguration tomorrow alongside so many incredible people. Tune in at 8:30pm as we ring in the new Administration of @JoeBidenand @KamalaHarris.#Inauguration2021pic.twitter.com/9RvANRYuEe

BothJohn Legend and wife Chrissy Teigen are unafraid of voicing their true thoughts on Twitter. Both have been outspoken activists, encouraging their followers to keep learning and help where they can. Legend has not confirmed what he’ll be performing but did drop an album earlier this year.

Join me on January 20 at 8:30pm ET to celebrate the historic inauguration of @JoeBidenand @KamalaHarris!#Inauguration2021https://t.co/FaTgnKcyEepic.twitter.com/uF1VU6vqfC

When it comes to the Foo Fighters, many fans are hoping to see a performance of “Times Like These”. At this point, we still don’t know what the selection will be, but we know they’ll be there and will rock the house down!

Announced today, Foo Fighters will be joining the inauguration celebration for @JoeBidenand @KamalaHarris. Tune in January 20th at 8:30pm ET. For more details on the event visit: https://t.co/U3JizoSGDC#Inauguration2021pic.twitter.com/CsAMDx2jSB

One of the few duets on the night will come from Tim McGrawand Tyler Hubbard. As part of "Celebrating America", the country stars are expected to sing their new song "Undivided”, a song with a message of unity.

Inauguration activities will begin around 9am ET tomorrow, so set your alarms, DVRs, or whatever you need so you won't miss a thing! Congrats to our new POTUS and VEEP!