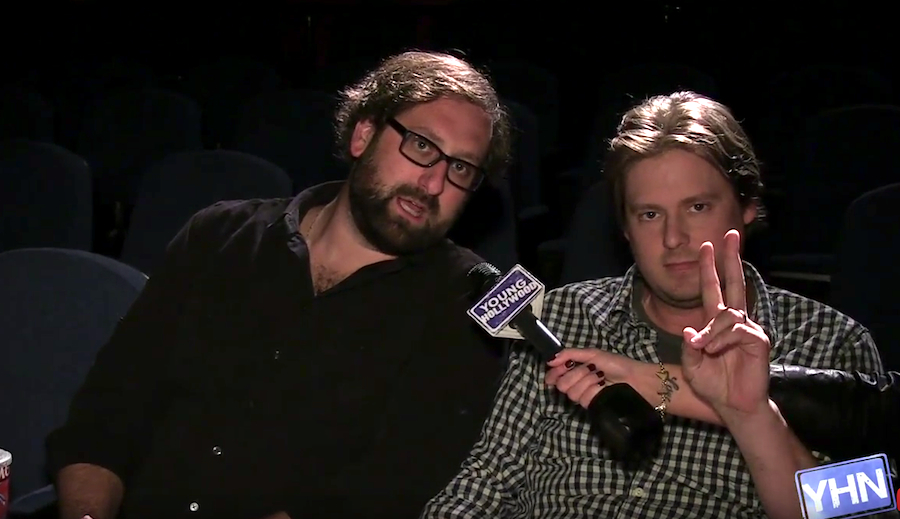 Eric Wareheim is known for being a pretty bizarre comedian whose show with comedy partner Tim Heidecker, “Tim and Eric Awesome Show, Great Job!”, is best described by outside audiences as an acquired taste. He also gained some more mainstream popularity last year in a breakout role as Aziz Ansari’s best friend Arnold on Netflix’s “Master of None”; a teaser trailer for the upcoming season features none other than Wareheim himself.

This mysterious teaser leaves little for fans to go off of, but mystery is something Wareheim revels in, as acting is only one of his jobs. Wareheim has had a pretty low-key and subtle career as a music video director, a career that seemed to have started nearly ten years ago with his first video for MGMT in 2008:

Fans of “Tim and Eric” will definitely notice a similar visual style as the show they love in “The Youth”. Throughout his career, Wareheim has kept with this style in doing videos for artists such as Major Lazer, one for Flying Lotus I cannot post here for NSFW reasons but can be found on Wareheim’s Vimeo account, and this one for Maroon 5, of all bands:

However, in the past few years, it seems that the quality and production value in Wareheim’s videos have gone up. It could be more money, or it could be that he has evolved passed the home video/karaoke video aesthetic. Below is one of my favorite, most creative music videos he has directed for Major Lazer:

And what would Wareheim’s career be right now without “Master of None”? Yes, he has directed episodes of the show, but something even more interesting in linking him with the show is a video for the band Beach House featuring an appearance by “Tim and Eric” guest star Ray Wise. What’s the connection to “Master of None”? When creating the show, co-creators Aziz Ansari and Alan Yang couldn’t think of name but then listened to the song “Master of None” by Beach House. The band’s music has been featured on the show. (Fun fact: This was made before “Master of None” was even happening.)

Finally, this past year, Ansari and Wareheim seemed to be having fun in Italy together taking in the sights and food. Together they directed an “Unofficial Official Video” for the Kanye West song “Famous”, which should be the official video if you ask me:

This is only a taste of the musical world of Eric Wareheim. There’s so much more for you to discover on his YouTube and Vimeo accounts under his actual name, “Eric Wareheim”. Now if only he can make a video for Babymetal...

See Eric Wareheim and more on “Master of None” season two coming out May 12; in the meantime, flashback to our super-awkward interview with Tim & Eric in a movie theater: