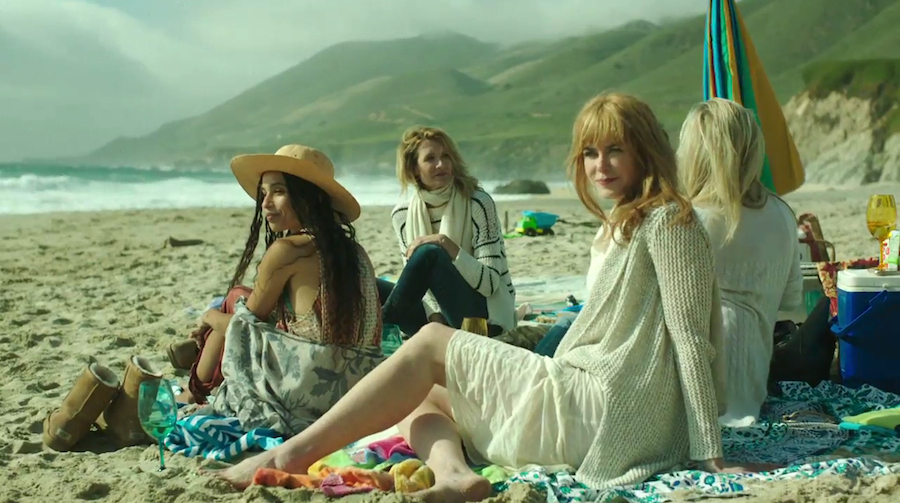 "Big Little Lies" is the HBO miniseries that had the whole Internet captivated and intrigued from the very first episode. The viewers, myself included, were initially drawn into this series because of the A-list cast including, but not limited to: Nicole Kidman, Reese Witherspoon,Shailene Woodley, Zoe Kravitz, and Laura Dern. For anyone who ever thought there would be nothing interesting about a group of rich moms of first-graders living in the scenic, tranquil Monterey area, you were wrong. This show’s twists and mysteries had fans developing theories and gasping at subtle reveals in every new episode. This past Sunday, the popular miniseries came to an end, and most of our questions were answered, and the great murder mystery was revealed.

This was not a light show. It covered hard topics like domestic abuse, rape, bullying, and adultery. Despite most of the women being rich (except for Jane) and seemingly put together, they all had secrets, insecurities, and something plaguing them. As each episode progressed, we learned more and more about these women and discovered why they are the way they are, and why they want what they want. The show was smart, well-written, and the storytelling was impeccable.

"Big Little Lies" was always meant to be a miniseries only, with this Sunday’s episode being the conclusion, which the viewers knew going into it, but now that it’s over, we can’t help but want more. It’s similar to the feeling "Gilmore Girls" left us with. We knew the comeback was the final installment, but once it was over, we found ourselves re-tweeting articles calling on the creator to continue this show further. Although "Big Little Lies" is vastly different from "Gilmore Girls", the addiction level is of similar caliber.

Now that we know the identity of the murdered character, which has been the basis for the whole show, we can honestly say we are shocked. Perry Wright (Alexander Skarsgard), the abusive husband of Nicole Kidman’s serene character, Celeste, was dramatically pushed down a flight of stairs at the school’s fundraiser event. This was the biggest shock -- due to Perry’s violent nature, many viewers, like me, had confidently predicted him as themurderer, not the victim. Perhaps the most shocking part was who the murderer actually was — the calm and reasonable yoga instructor, Bonnie -- and how all the women banded together, despite their previous tension when faced with an aggressive and abusive man. We also received the long-awaited confirmation of the real classroom bully, Max, one of Celeste and Perry’s twin boys, and sweet Ziggy was exonerated.

The next shocking moment of the finale was when we saw Jane Chapman’s (Shailene Woodley) reaction upon seeing Perry for the first time. Instantly realizing that he was Ziggy’s father that she had long feared. It was one of the truly most powerful moments, as we watched her and the ladies connect the dots, purely through their facial expressions in a wordless exchange. This was the only prediction that I had gotten correct. As soon as we were given the backstory of Ziggy’s conception, my mind went straight to the aggressive Perry Wright.  I’m sure most of us made this prediction too. There were hints woven throughout the show, like Ziggy’s uncanny likeness to Perry, Perry never meeting Jane because of his constant traveling, and finally Celeste and Jane’s matchingBreakfast at Tiffany’s outfits, which was possible foreshadowing to the reveal of their heartbreaking connection.

The ending I was expecting was a violent one, followed by sadness and possibly an arrest of one of the ladies. (I had my money on Renata or Madeline.) However, the ending seemed a tad celebratory, and some of the women who were once enemies were now connected by this traumatic experience, which created a bond among them... a bond based on murder, but still a sweet moment. The final scene of them playing with their happy kids on the beach was a scene of absolute freedom — freedom from their previous drama, freedom from Jane and Celeste’s past abuse, freedom from Madeline and Bonnie’s tension, and freedom to move forward.

My only qualm with the show’s finale was the lack of finality or story wrap-up for the fan favorite, Madeline (Reese Witherspoon). We never saw her confront Ed about her past cheating, and their future seems uncertain. Sure, she and her daughter Abigail (Kathryn Newton) seem to be in a better place, but the future for the type-A Madeline is ambiguous. There’s also questions left for each of the characters. Will Celeste practice law again? Will Jane leave Monterey? Does Madeline really love Ed? Will Bonnie be charged for Perry’s murder?  There are certainly enough questions and fan interest to continue a second season, even though it was not originally part of the plan. Things can change! The director of the show says a Season 2 is not necessary, but to that we say: “But, Come on, please!”