Ella Mai Gets a Major Glow-up Thanks to Her Song "Boo'd Up"! 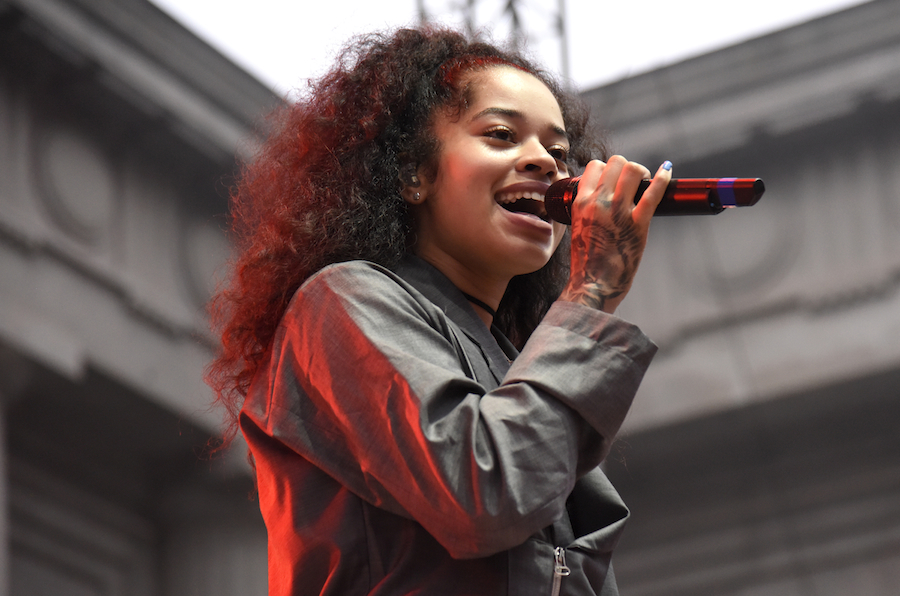 We here at Young Hollywood are so excited to see that Ella Mai’s song "Boo’d Up" has blown up! The song has taken over the airwaves, and the people are here for it. We featured Ella Mai as an Artist To Watch back in January, and it’s safe to say that people are watching now. Her recent music video for “Boo’d Up” has 60 million views on YouTube and the song made it to number 8 in the Billboard Hot 100 to put Ella Mai officially on the map as an emerging artist—oh yeah, she also topped the Billboard Emerging Artists list that same week.

The music video takes place at a fair, where Ella Mai and her boo start getting real close and cozy. The video feels like watching a fun date, something Ella Mai was hoping to achieve. She and her crush play skee ball, mini golf, and ride a wild-looking water ride. Her friends are there too, including Khalid, who looks like he’s having way too much fun on the go-karts.

Ella Mai partially has social media to thank; reaction videos and an enthusiastic response on Twitter to her new music video helped propel it to the top. Once radio stations took note, Mai already had a big group of fans ready to see their new fave shine.

Now that Ella Mai is getting the attention she deserves, fans are waiting for her full debut studio album, which we can expect sometime this year. "Boo’d Up" is actually an older song, from her third EP Ready, so its recent success feels like its “rebirth” to Ella Mai. Once you’ve watched "Boo’d Up" about ten more times, check out her other EPs for more fun, classic songs that might just be her next hit!