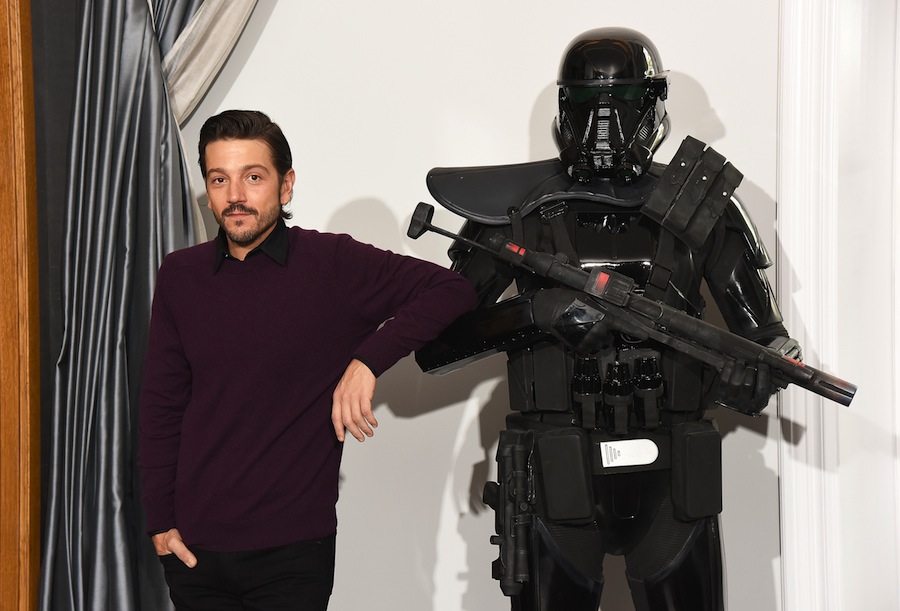 Disney appears to be pulling out all the stops lately, jam-packing its upcoming streaming service with so much intriguing content that it’ll be foolish NOT to sign up!

The latest project on their docket, which was JUST announced today by Disney CEO Bob Iger, is a new live-action prequel to the immensely well-received Rogue One: A Star Wars Story, which itself was a direct prequel to the original 1977 Star Wars film, A New Hope. The new series will revolve around Rebel Alliance Captain Cassian Andor, and yes, Diego Luna will return to reprise his role as the ruggishly handsome pilot (cut from the same cloth as the likes of Han Solo and Poe Dameron). The show will focus on his “formative years” with the Rebellion prior to being heroically vaporized with Jyn Erso on Scarif (spoiler alert?).

So spake Diego: “Going back to the Star Wars universe is very special to me. I have so many memories of the great work we did together and the relationships I made throughout the journey. We have a fantastic adventure ahead of us, and this new exciting format will give us the chance to explore this character more deeply.”

From the sounds of it, this series seems rather similar to Disney Channel’s “Star Wars Resistance” animated series, taking place as the Evil Empire rises and the Rebel movement starts to take shape. Alls I know is, I hope Diego finally gets to touch Jabba the Hutt…

This announcement comes off the heels of a previous announcement just a couple months ago that Lucasfilm was rolling back its movie slate, cancelling projects such as a Boba Fett standalone film. It seems they are shifting their focus to television/streaming content, which might not be a bad idea. (Rian Johnson's original film trilogy, however, is still on the schedule.)

It was also announced today that the yet-to-be launched Disney streaming service will be called Disney+.

No release date or title has been announced for the new Star Wars series but production is scheduled to start next year, presumably after Diego wraps the next season of "Narcos".