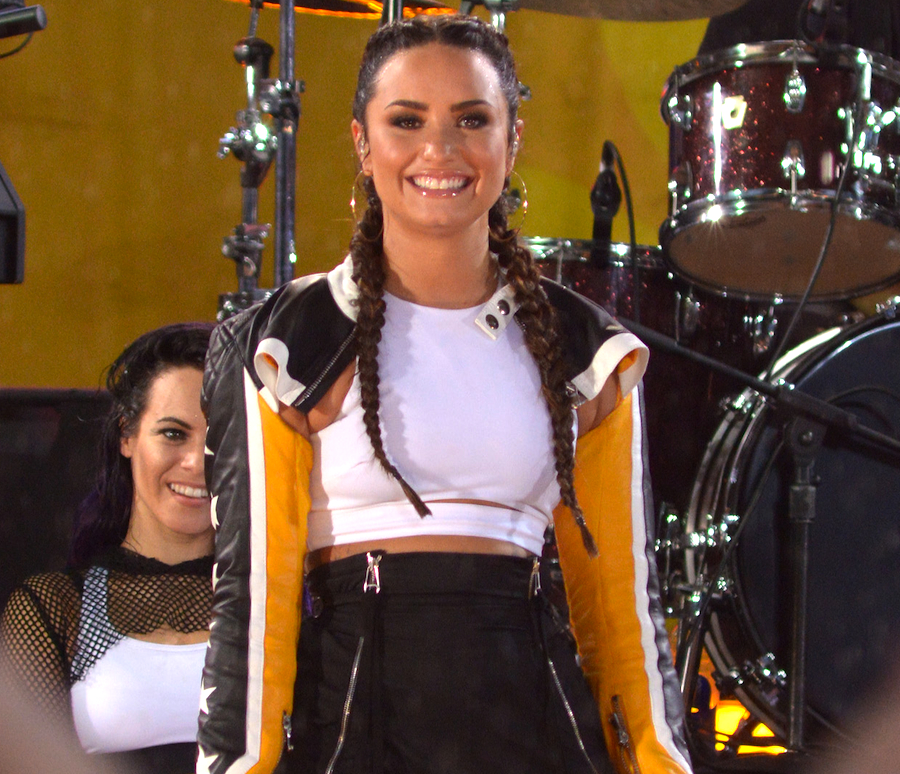 We’re all freaking out a little bit here. So much exciting news lately! Demi Lovato will be unveiling a new documentary coming to Youtube on October 17. The pop star will be sharing “never before told stories and personal footage that reveal a raw and intimate look into her life” in the feature-length film. Check out the teaser below!

Trust me, we’re just as shocked (AND EXCITED) as you are. We’re still fangirling over her newest singles “Sorry Not Sorry”, “Tell Me You Love Me”, and her most recent “Sexy Dirty Love” which was released last week and is already blowing up. So much Demi Lovato to go around for days!

Demi’s documentary Simply Complicated will delve deep into her life surrounding the making of her latest album, Tell Me You Love Me, and will feature her career’s biggest triumphs and setbacks. For the first time, she will give her story on her battles with an eating disorder and substance abuse, as well as her journey to getting sober while being a judge on the popular competition singing show "The X Factor" and her single life after being in a six-year relationship with actor Wilmer Valderrama.

“My fans have been on this journey with me since I was eight years old and have shared in some of the most important moments in my life. As I embark on a new journey both personally and professionally, it was important to me to create this documentary with a platform that would allow me to continue to bring my story directly to my fans."

So, we’re just a little too excited for a whole month filled with Demi.

Lovato will be releasing Tell Me You Love Me September 29 and marks her sixth studio release following her 2015 LP Confident. With four of her tracks already out, we have a feeling this may be her best album yet.

While we wait just a few more days for the release.. Here are some of our latest Demi go-to jams...