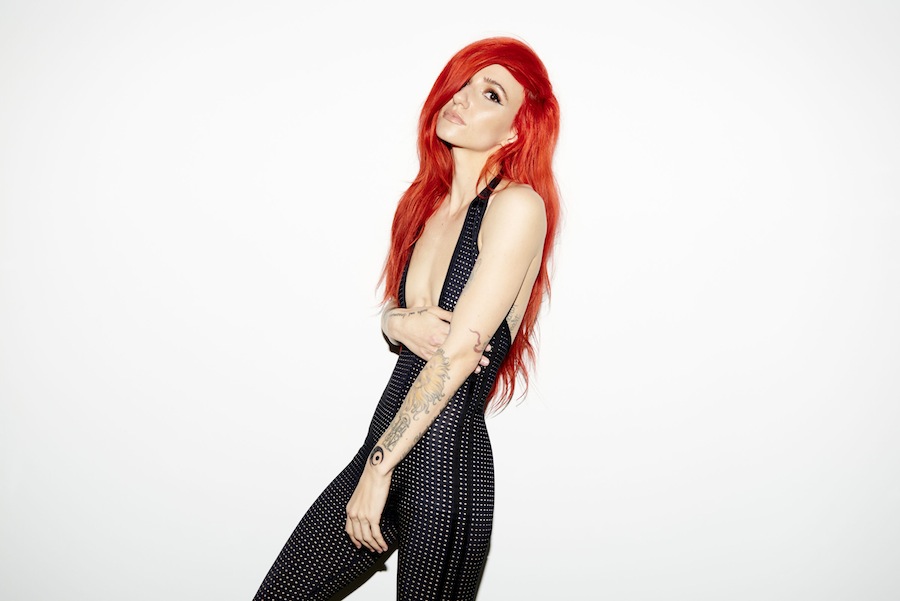 Canadian musician Lights, best-known for her hit singles such as “Ice”, “Up We Go”, and “Running with the Boys”, has recently released her new album Skin & Earth. Since breaking into the music scene in 2006, Lights, the Ontario native, who legally changed her name to Lights 12 years ago, has been credited for her diverse musical arsenal, which features styles ranging from electro, electronic rock, indietronica, and pop rock.

We’ve given her new EP a listen and absolutely love what Lights has put together. “Skydiving” and “Moonshine” in particular certainly tie for our favorite songs on the album. Her sound is uplifting, energizing, and relaxing all at once. She employs a unique combination of sounds that fuse together to create her trademark vibe that will certainly appeal across the spectrum.

The Toronto resident has a rock solid resume under her belt and has collaborated with incredible artists and even toured with Owl City in 2010. She looks forward to adding a new dimension to her craft by creating a visual element to complement her album... Skin & Earth will be accompanied by a comic book series called Skin & Earth, with the help of Dynamite Entertainment, a concept which she teased a glimpse of on her Instagram in May.

"I feel my whole life has lead up to a project like this. It's a complete convergence of everything I love -- music, comics, post-apocalyptic romance, crystals, wine, and powerful ladies, all perfectly entwined. It'll be by far my most carefree and fierce album yet. I think now, more than ever, people need a reason to listen to a whole record, and this is mine," said Lights.

The main character in her Skin & Earth comic series is En, a representation of Lights as she struggles with happiness, romance, cults, mortals, gods, and ultimately finding her place in the world. Although the fantasy world Lights has created within her series is post-apocalyptic and sci-fi, the undertones and themes of the comic are nonetheless meant to mirror the real world, and she hopes that readers are inspired by the project.

She is not the only musician to try her hand at comic books either. In fact, there seems to be a booming trend these days of musicians parlaying their talent into the pages of graphic novels. The Black Eyed Peas, for instance, also released a graphic novel written by Will.i.am called Masters of the Sun – The Zombie Chronicles, for which they collaborated with Marvel, and violinist Lindsey Stirling is teaming up on a comic book called Sparrow with Golden Apple Books and Aspen Comics. (We spoke to both artists about their comic book endeavors at this summer's Comic-Con.)

We can't wait to see what else this talented artist has up her sleeve!