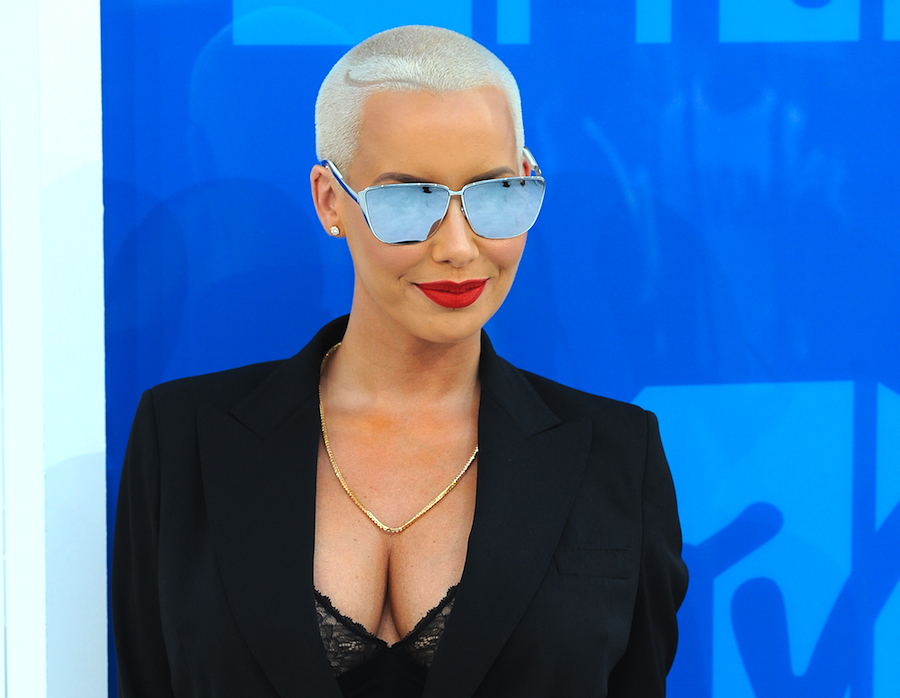 I confess, it’s been a while since I’ve watched a full season of “Dancing With The Stars”… but I have to say, Season 23 might be the one that reels me back in for good!

The new celebrity contestants and pairings were announced just this morning, and among the cast are some very familiar faces and names and an exciting diversity of personalities! Let’s break it down, shall we?

The ultimate HBIC, a woman who is not afraid to say what she thinks and be open about her sexuality, Amber is an inspiration to us all… and you just know her costumes are gonna be lit! Oh, and paired with Maks? Prepare for an extremely high AC bill next month! #whew

There had been rumors swirling that Olympic gymnatics’ newest darling Simone Biles would be vaulting her way onto the DWTS cast this season, but it turns out that Laurie Hernandez is the pick instead, and I could not be more excited! I mean, look, we all love Simone, but you cannot deny Laurie’s charisma and personality, especially during her floor routines. The judges will be tempted to give her 10s week after week on charm alone.

Marcia, Marcia, Marcia! Yes, if Miss Perfect 1969 Marcia Brady were competing, they would declare her the winner on the first day and send everyone else home. Luckily, Marcia is not a real person, but the woman who played her is! McCormick, who is currently 60 years old, had a previous foray into reality television back in 2007 on VH1’s “Celebrity Fit Club” in an attempt to shed some pounds, but judging by the promo pics, she is as lithe and healthy-looking as ever and I fully expect her to give the younger contestants a run for their money!

For those who don’t know, Terra is from the reality show “Little Women: L.A.”, and as you might have gathered from the title, she is a little person. Her pro partner, Sasha Farber, is only about 5’7” himself, but that’s still over a foot taller than Terra’s 4’2” frame. I’m really interested in seeing how he is able to adjust to accommodate her. From what I understand about Terra, she’s more than up for the challenge!

This is probably going to be Laurie and Val’s biggest competition here. Hough has won the Mirrorball Trophy an astonishing SIX times, leading ladies such as Amber Riley, Kellie Pickler, and Bindi Irwin to victory. It certainly helps when his partner already has dance experience, like Nicole Scherzinger and Jennifer Grey, and lucky for him, Marilu is quite experienced in that arena -- her mom ran a dance school which Marilu herself ended up teaching at later on. So, expect to see these two place very high if not take the whole thing!

Ice is back with a brand new invention – ballroom dancing! We all know the Ice Man can cut a rug when it comes to dope hip-hop moves, but can he also master the waltz or the cha-cha? I’m definitely looking forward to see a more graceful side to the rapper; his partner, Witney, once took Alfonso Ribeiro from "The Carlton" to Mirrorball Trophy victory, so anything's possible!

Calvin is a retired Detroit Lions wide receiver, and I don’t know much else about him, but we all know that football players have a VERY good track record on this show!

We here at YH can attest to Jake’s swagger, so we are pretty confident that the former “Wizards of Waverly Place” and “The Fosters” star will make a good showing of himself!

Here’s a name very familiar to music fans, but for years, he’s been content to stay more behind-the-scenes and support other artists, having written and produced countless #1 hits including Boyz II Men’s “End of the Road”, Madonna’s “Take a Bow”, and Mariah Carey’s “We Belong Together”. Now it’s time for him to step into the spotlight on his own, but considering the success he’s had as a solo artist as well, we have high hopes.

I don’t know much about James except that he’s a race car driver and that another race car driver, Helio Castroneves, previously won DWTS, so there is a precedence!

What’s a guy who has continuously run for President and continually lost to do with all that free time now? How’s about a little ballroom dancing?? Texas’s longest-serving governor is trading in politics for paso dobles, and while he may not be known as the most laidback guy in the world, this could either be genius or a disaster.

Well, considering the Olympic swimmer just lost a ton of sponsorships due to his little scuffle in Rio earlier this month, I suppose this is as good a way as any to try and preserve his reputation. He doesn’t strike me as someone who might be good on a dance floor, but swimmers do need to possess a certain amount of gracefulness so he might surprise us all!

Jana is a rising star in the country music world, and country singers seem to have a natural rhythm (line-dancing notwithstanding), so I fully expect to see her have some success here.

See it all go down on Season 23 of “Dancing With The Stars” starting September 12 at 8pm on ABC!