Could That Epic JoBros Moment in Florida Mean a Reunion is on the Horizon?! 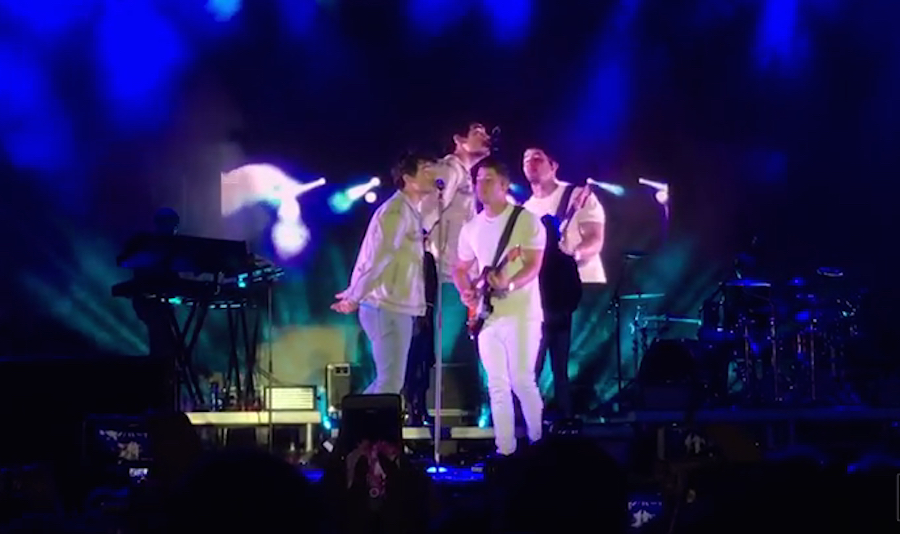 The lyrics to The Jonas Brothers' 2008 jam “Lovebug” could not resonate more with fans right now -- they’re speechless, breathless, and probably never thought that they’d hear The Jonas Brothers sing together again.

Okay, so it was only 2 out of 3 JoBros that actually reunited on stage this past weekend, but fans everywhere, especially those in the crowd at SunFest music festival in Florida were in a tizzy, mesmerized by Joe Jonas popping up on the stage where his little brother Nick was performing a set.

The dynamic duo we didn’t know we needed barely had to sing, as fans had it covered, screaming back every word. This just proves that, a decade later, Jonas Brothers fans are still "burning up"…yeah, I said that.

In the video below, we can hear the sweet sound of Joe’s voice while Nick strums away that ever-so-catchy beat:

What prompted this reunion, you may ask? Well, after some detective work, we noticed that another musical sibling sensation circa the early-2000s, Aly & AJ, tweeted out to The Jonas Brothers the following: 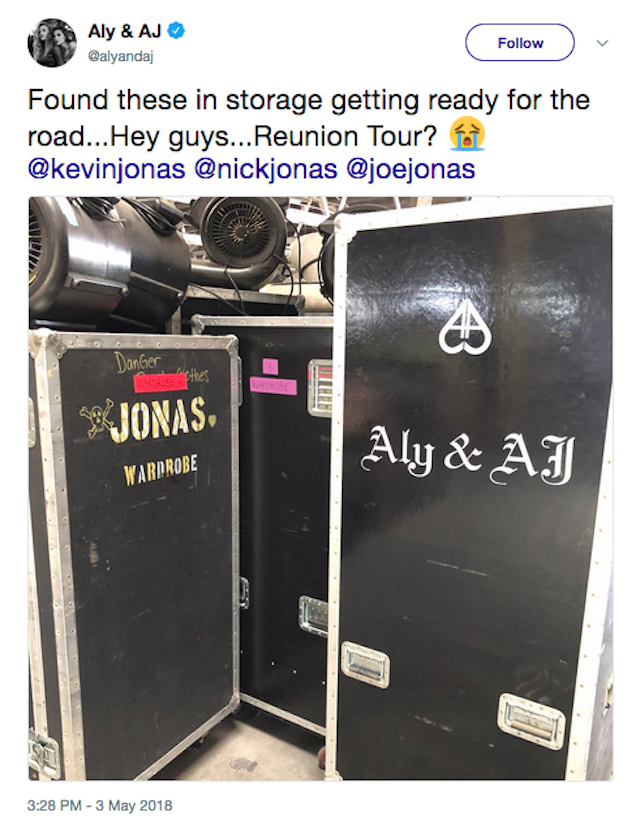 The two brothers actually shared quite the tender embrace on stage towards the end of the song. And then they announced that they’re going on tour together. Just kidding. But we can dream, right?

That being said, after all the good energy and positive responses the brothers have received after their “Lovebug” performance, it isn’t completely irrational to believe a reunion is on the horizon. The Jonas Brothers official Instagram account was just reactivated at the beginning of the year… meaning The Jonas Brothers 2.0 concept is not super far-fetched. Fans of Kevin, Joe, and Nick have been put through the ringer, going back as late as 2012-13 when The Jonas Brothers told their fans new music was coming.

That new music would be in the form of a new album, their fifth, titled V.  And with a new album comes a new tour. However, V was never released. Probably because the band unexpectedly broke up. Just a guess. Alas, fans never recovered. So even the tiniest social media engagement or a brief singalong on stage (regardless if the band is not at 100% member capacity) is bound to drive fans mad. And rightfully so.

With Kevin being a full-time father, Joe engaged, and Nick just slaying at everything, we aren’t sure an announcement will come fast enough. In the meantime, I suggest listening to some JoBro classics and really absorbing the lyrics to "Lovebug"...