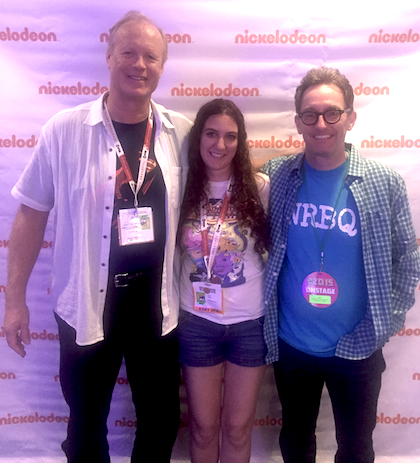 Amidst my adventures at Comic-Con, I had the pleasure of chatting with two of the cast members behind one of my all-time favorite Nicktoons, “Spongebob SquarePants”. The longest-running Nicktoon of all time, “Spongebob” first premiered in 1999 and has since aired over 200 episodes, several television specials, two full-length films, and even a few amusement park rides. The two main characters and BFFs, Spongebob and Patrick, are known for their endearing love for one another as well as great one-liners. (My favorite Patrick line of all time may be in answer to Spongebob’s question of why he is mad: “I can’t see my forehead.”)