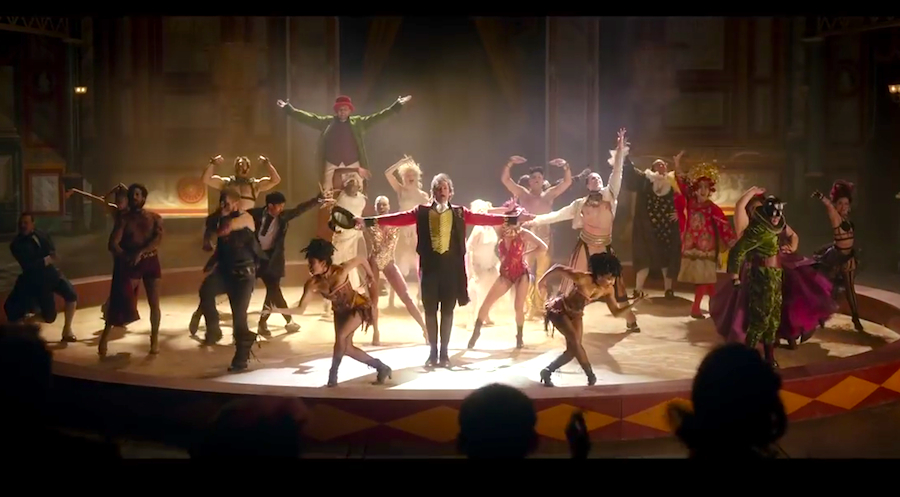 Is it too early to start craving the holidays? The cheer and bliss, the twinkling lights, jolly ol’ Saint Nick barreling down our chimneys, and, most importantly, the big theatrical movie releases! Recently, the trailer for The Greatest Showman dropped and it’s safe to say that this movie is definitely Twentieth Century Fox’s gift to us this December, wrapped with a huge bow in the form of a singing and dancing Hugh Jackman.

“Every one of us is special and nobody is like anyone else. That’s the point of my show.”

The story of P.T. Barnum, founder of the Barnum and Bailey Circus, or “The Greatest Show on Earth”, is played out in musical form in this bright, whimsical, and inspirational portrayal of family, business, and magic. It’s the total rags-to-riches story when Jackman’s Barnum is left short on his luck after losing his job. Unsure on how to take care of and support his family, Barnum discovers a passion for showbiz and finding the beauty and significance in all types of people. The rest is history.

Fans will also be excited to see Zac Efron return to his musical roots in the film, as well as Zendaya and Michelle Williams. If the trailer is any preview to the music and soundtrack that is to accompany this film, then we’re all in for a real treat. Composed by Oscar and Tony Award-winning composers and songwriters Pasek and Paul (La La Land, “Dear Evan Hansen”), alongside John Debney (The Jungle Book), the musical aspects of this film are sure to be nothing short of spectacular.

Check out the trailer above full of top hats, acrobats, and dancers galore, and catch it in theaters this Christmas!