4 Reasons 'The Big Sick' Is The Must-See Rom-Com Of The Summer! 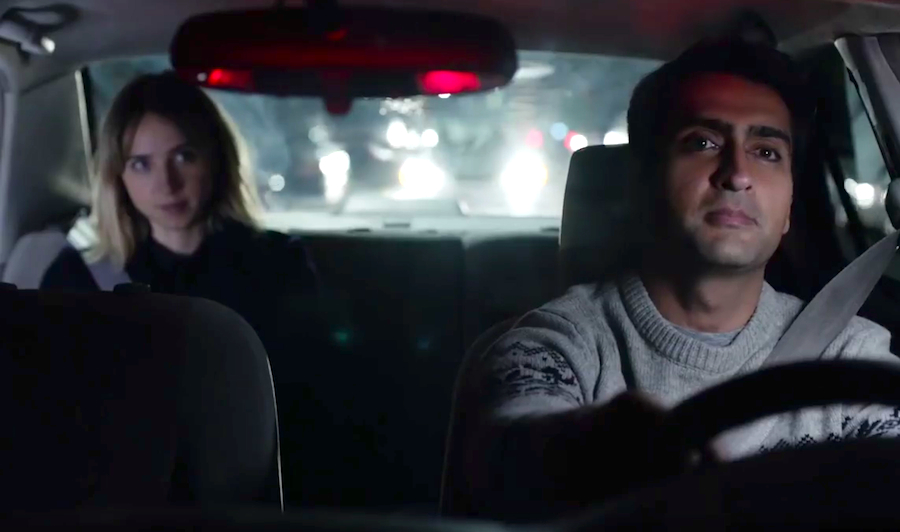 Last week, some friends and I got free tickets to see The Big Sick and it was easily the best romantic comedy I’ve seen in a long time.

Let me start by saying that I rarely shell out money to see movies in the theater because I think they’re unnecessarily expensive. So, though I was a fan of the writer and star of the movie, Kumail Nanjiani, it’s unlikely that I would’ve dropped nearly twenty bucks to see this movie because I’m stingy and subscribe to Netflix. But I’m here to tell you that you should absolutely bite the bullet and go see this film. Here’s why:

Stories that are based in reality usually seem more relatable and resonate with the audience more since the story is based in fact and not just the writer’s imagination. Kumail Nanjiani stars as himself who, at one of his stand-up comedy shows, is heckled by a girl named Emily (played by Zoe Kazan). He and Emily talk after the show and eventually wind up dating. However, things fall apart when Emily realizes that Kumail has never told his traditional Muslim family about her and that he hasn’t been trying to stop his mother’s wishes for an arranged marriage. And then things fall apart even more when Emily ends up in a coma in the hospital with an undiagnosed illness. Because Kumail still loves her, he and her parents begin an unlikely friendship when they stake out at the hospital for a few days. The whole plot actually happened, and that makes it all the more emotional.

Too many rom-coms follow the pattern of "boy meets girl, boy lets girl down, boy must win girl back". And when he inevitably wins her back in the end, sometimes it’s hard to believe that these two even have a real relationship or that they could work out long-term. The story was almost about wanting what’s just out of your grasp, and not about the actual person that you’re after. The Big Sick isn’t like that. The storyline contains many smaller sub-plots about love and relationships besides the main one about Kumail and Emily. First, there’s the theme of familial love between Kumail and his parents. Though he doesn’t really identify as Muslim anymore and doesn’t want an arranged marriage with a Muslim woman, he’s terrified of letting his parents and brother down. He loves them and would do anything to make them happy. There’s also the love between Emily and her parents, whose relationship is in turmoil but they come together over their daughter’s crisis. And Kumail and Emily’s relationship isn’t about lust either. They got together almost immediately, with no unrequited feelings, and they broke up for practical reasons. But despite everything that’s happened between them, they still clearly love each other.

It’s rare that we get to see any movie, let alone a rom-com, centrally feature a Muslim man. And not only that, but all sorts of stereotypes are defied. Kumail is a stand-up comic, and the movie pokes fun at stereotypical jobs like lawyers and doctors. His parents are also Pakistani immigrants, and Kumail moved with his family to the U.S. when he was a teenager. He understands the troubles his parents have gone through to assimilate and the sacrifices they’ve made toward their extended family back in Pakistan. In this sense, the movie is reminiscent of the TV show “Master of None”, which also explores themes surrounding first-generation immigrants. With a growing immigrant population in America, issues like these are becoming more prevalent. It’s not easy to live in a country that has different values and customs than what you’re used to, and Kumail and his family learn that first-hand.

4. It’s exactly what a rom-com should be.

It’s rare that you find a rom-com that lives up to the genre. There are many that are much heavier on the romance, and others that are too heavy on the comedy. The Big Sick maintains a perfect balance of both throughout the movie, making you laugh and cry and sometimes both at the same time. Even though the concept is depressing — a girl’s life is on the line — the script is written so well that you can still feel the emotional heaviness of the situation while the characters make jokes. Emily’s parents’ relationship with Kumail is awkward and forced at first, but by the end they’re close friends. Many jokes arise out of this unconventional friendship even though what they’re dealing with is no laughing matter. Plus, without giving too much away, the ending is a perfect closer to a romantic comedy in that it allows the audience to come to their own conclusions without everything being wrapped up too well.

So go see The Big Sick. I promise it’ll be worth the money.