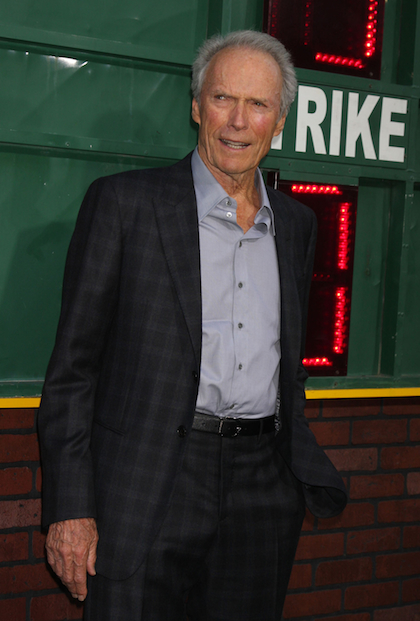 And now for something completely different: Clint Eastwood, one of the most brooding, macho stars and directors in Hollywood, may direct a musical. The veteran director, known for directing gritty films including Gran Torino and Mystic River, is currently in talks to helm the film adapatation of the smash hit Broadway musical, Jersey Boys. The musical itself, which is based off of Frankie Valli and the Four Seasons's rise to fame, has been a Broadway favorite for years -- and now it is headed to the big screen.

Jon Favreau, best known for directing Iron Man, was the initial choice to take on the project, but since the film has bounced back and forth between studios (it’s now settled in at Warner Bros), Eastwood has begun to eyeball it. His most recent endeavor was directing 2011’s J.Edgar, and he has been trying to bring A Star is Born back to the big screen as well. But after complications with finding a male lead, Eastwood would like to direct Jersey Boys first, then follow with A Star is Born.

Musicals are alive and well in Hollywood -- Les Miserables was nominated for a slew of awards and was a favorite among audiences, so there’s no real surprise that Jersey Boys could be coming to a theater near you. As for Eastwood, this is actually not his first time stepping into the world of musicals; he starred in 1969's Paint Your Wagon. Take a look for yourself and marvel at a crooning Clint Eastwood: