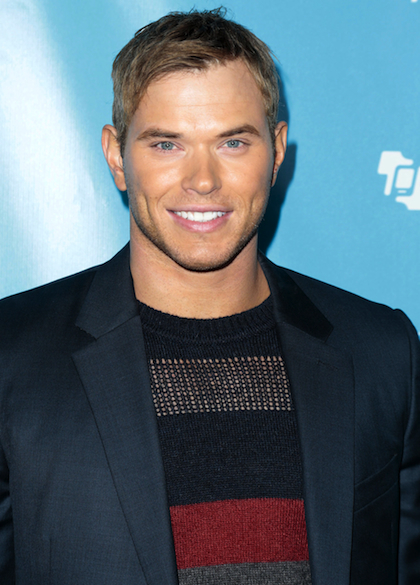 From one legendary beefcake to another, Hollywood super-hunk Kellan Lutz is swinging from the CGI vines of Constantin Film’s Tarzan 3D into the mythical Greek world of Renny Harlin’s big screen big-budget Hercules 3D!

The $70 million epic will reportedly tell the tale of Herc’s love for a Cretan Princess, who is bethrothed to his brother. Yikes, even demi-gods can’t catch a break in love sometimes!

On Lutz’s casting for this particular spin on the famous Greek, Harlin says: “He’s not afraid to explore the strengths and vulnerabilities of the character, and he impressed me with his passion and heart.”

So, there you have it – a sensitive Hercules!

And like every good epic (including even Lutz’s Tarzan flick), there is, of course, another one in the works by a rival studio, this one starring Dwayne Johnson as the classical hero in what is sure to be a more action-packed take on the myth.

In Lutz’s favor is the fact that he has once before donned the golden sandals of a Greek god on film before, having taken on mighty Poseidon in 2011’s The Immortals. Great Zeus’s Beard!

Are you giddy to see Kellan Lutz in a toga??