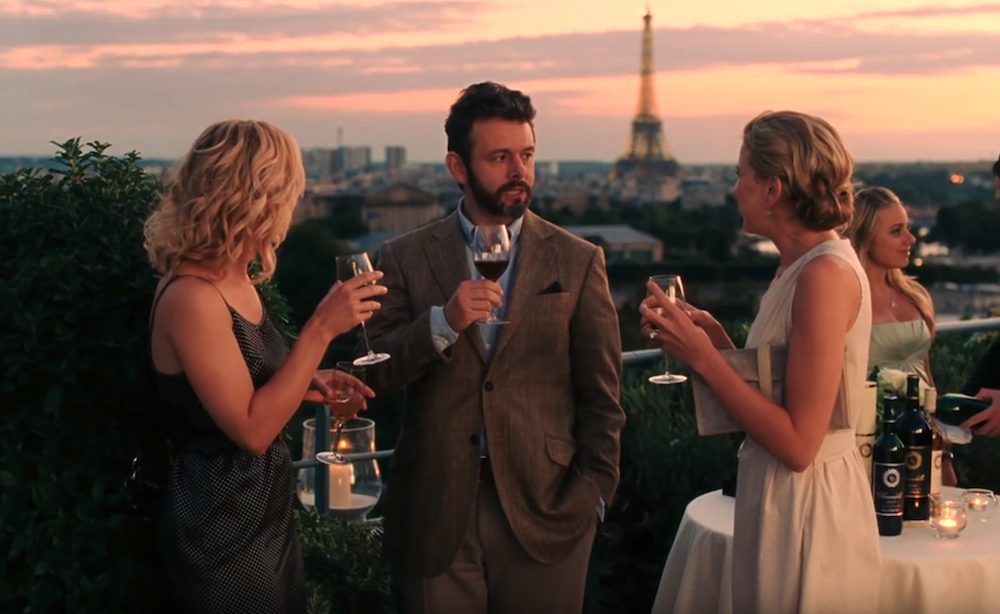 On Friday night, a horrible atrocity occurred in Paris, France. Numerous brutal attacks struck one of the world’s most treasured cities, and over 100 innocent people senselessly lost their lives while doing nothing more than enjoying all the wonderful things the city has to offer -- music, sports, food, and amitié. To pay my own respects to Paris, I decided to create a list of the top five films that celebrate and honor the City of Light. Although I have not yet been to there myself, I wanted to pick films that capture the spirit of Paris. Nous sommes uni, and we wish you courage during this difficult time.

Although this particular film was made by an American studio (Pixar), Ratatouille evokes the wonder of Paris. The film tells the story of a rat by the name of Remy (Patton Oswalt) who wants to be a chef and uses a hapless busboy, Linguini (Lou Romano), to demonstrate his superb cooking skills in a chic Parisian restaurant. The film beautifully recreates iconic images of Paris, and captures all that we know and associate with Paris -- l'amour, delicious food, and a quirky sense of humor.

Starring the beautiful Audrey Tautou as the title character, Amelie is a whimsical tale about the mystery of modern-day Paris. Amelie is a curious young woman who begins to orchestrate the lives of those around her. My favorite “orchestration” is when she steals one of her father’s garden gnomes and begins to send her father pictures of his gnome in exotic locations to inspire him to travel. Shot in over 80 Parisian locations, Amelie is the perfect love letter to the City of Light.

What may be one of the most unusual films set in Paris, Les Triplettes de Belleville is still lauded for its impressive animation. Often compared to the works of Hayao Miyazaki, the film follows an elderly woman (Madame Souza) as she tries to track down her grandson after he is captured by the mafia during the Tour de France. Along the way, she and her faithful dog Bruno encounter three triplets who were stars during the age of Vaudeville. Together, they use their unique skills to save her grandson. The soundtrack alone makes the film worth a watch, but the quirky animation and the sweeping (animated) shots of Paris and France are what make it a true gem.

One of the most famous silent films of all time, The Red Balloon captures the hope prevalent in Paris. In the film, a little boy named Pascal finds a red balloon tied to a lamp post, only to find that the balloon has a mind of its own. The balloon follows Pascal through the city (specifically the Menilmontant section), circling around cobblestone streets and narrow alleyways. It's a lot more charming than it sounds, believe me!

Another film made by an American, this time Woody Allen, Midnight in Paris not only celebrates modern-day Paris but classic Paris as well. Midnight in Paris follows a writer (Owen Wilson) who, while on holiday in Paris, ends up going back in time to 1920s Paris. While in the roaring '20s, he crosses paths with some of the greatest artists who once resided and found inspiration there, including Ernest Hemingway, F. Scott Fitzgerald, Gertrude Stein, and Pablo Picasso. I like that the film gets certain specifics down about each artist (Hemingway wants to fight everyone) while also showing Paris in a different -- though still utterly romantic -- light. Midnight in Paris captures that Paris has, and always will be, a cultural epicenter.