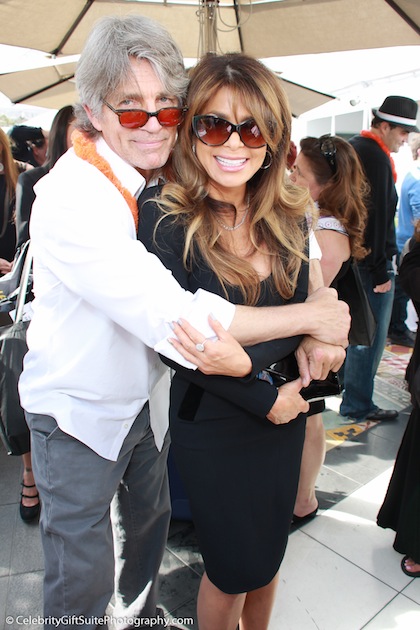 The 85th Annual Academy Awards Celebrity Retreat held at the SLS hotel in Beverly Hills was a unique tropical-inspired event, which benefited the nominees, presenters, producers, and stylists of the Oscars, as well as Easter Seals, and was definitely a day to remember. Greeted with leis at the door, the luau included gourmet treats and coffee concoctions from Wolfgang Puck (each coffee drink was named after a film that was nominated; I enjoyed a Latte Django); a luxury travel lounge which gifted private island and villa getaways to Thailand, Bora Bora, Belize, San Diego, Italy, Barcelona, Bali, and Roatan; and fantastic goodie bags! A bevy of celebrities came out for the lavish retreat, including Best Supporting Actress nominee Jacki Weaver, "Modern Family" star Nolan Gould, '80s idol Judd Nelson, Paula Abdul, "CSI: Miami" actress Sofia Milos, actor Eric Roberts, and more! 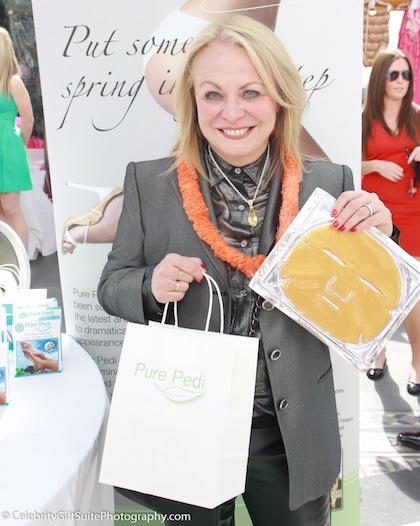 The event, held by Secret Room Events, took place in a stylish lounge that was designed by Sherri Scheck-Merrill, which had sponsors to explore in every corner, as well as a lavish spa. I got my nails done by Lollipop Nails (fun fact: they are a completely organic nail salon!), my make-up done by Dial M Make-Up Artists, and watched as other attendees had their hair straightened and braided by The Blow Angels. I was intrigued by the different Oscar predictions that were scribbled on the graffiti wall (whoever jotted down Argo for Best Picture wins!) and was even more intrigued by the results of having my Aura photographed by Dahn Yoga! I enjoyed chatting with the mixture of high school interns from "The OC, FASHIONOMICS LIVE!", who staged their own social media station photo booth, as well as with the cast of "Degrassi". Melinda Shankar told me that she and the cast are enjoying the warm weather of California and are determined to eat an In & Out burger before they leave! 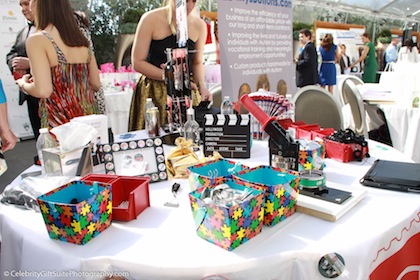 Among the sponsors I had the chance to chat with included Gloria Del Rio, who designs her own nifty string bikinis, which she informed me that string bikinis are always in season! Samantha from Kix'ies introduced us to her adorable thigh-high stockings that come with a no-slip guarantee! The lovely ladies at Dial M Make-Up told me that berry and pink lips will be in this season, as well as neutral make-up. I was intrigued by Lynex’s new anti-aging cream, which is made from dragonfruit extract, which is apparently quite good for your skin (who knew?). Biaggi has an unusual suitcase that actually folds down so that you can slide it under your bed. YH Editor Katie Marzullo learned from Kate King Jewelry that she should not wear purple gems or pearls because they do not vibe well with her Sagittarius personality. I also learned from Ronaldo Designer Jewelry that the process for making the crown for Miss Mississippi is much more complicated than it seems, and I learned from the Mala Collective about the power of different stones (I now know that rose quartz keeps you in balance, and that turquoise will protect you on a journey; if you are planning any long journeys, I recommend taking a piece of turquoise with you). 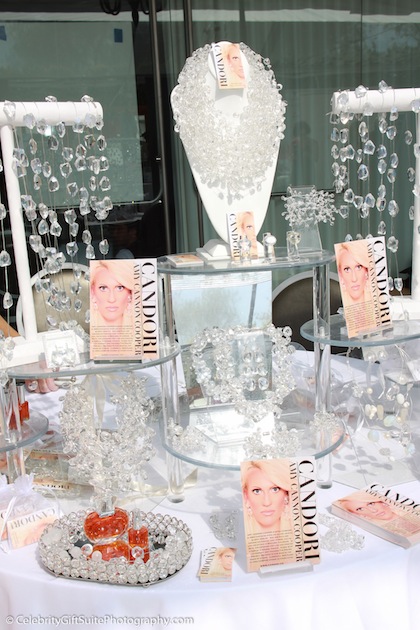 The lounge benefited Easter Seals, an organization which provides services, education, and outreach to people living with Autism and other disabilities. I was touched by the two Autistic teenage boys who presented me with a charm they had made to place over olive oil bottles. Check out Easter Seals's website for more info! Thanks for a lovely afternoon, SRE!
- Sarah Osman, YH Staff