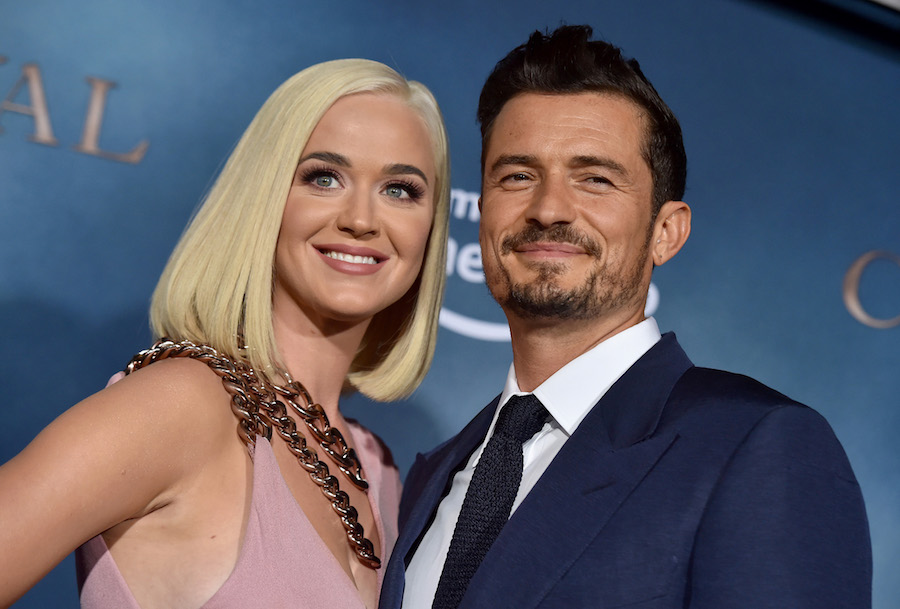 At this point, we all have some pretty choice words for the COVID-19 pandemic, and 2020 as a whole. But perhaps the two most accurate words – at least in Hollywood – are:

There have been... a lot of Hollywood babies born during quarantine. In fact, a nationwide quarantine actually worked in their favor, as our new favorite parents suddenly had all the time they wanted and needed to be at home with their newborns. And at this point, we’re still getting news of new babies on the way! (Huge congrats to Kit Harington and Rose Leslie!).

In case you’ve lost track, here’s every one of our favorite celeb couples who have welcomed a new member of the family during this quarantine!

It’s not often that we get the arrival of a SUPER baby, but this September, we got one. Former "Supergirl" co-stars Melissa Benoist and Chris Wood welcomed their first child in September, a baby boy named Huxley Robert Wood.

The new parents met on the set of "Supergirl" back in 2016, playing on-screen love interests, and tied the knot just over a year ago.

On top of a super baby, we’ve also gotten a royal(ish) baby during quarantine. In July, the Queen In The North officially welcomed an heir, as Sophie Turner gave birth to a daughter with Joe Jonas.

The couple has been very private about the arrival of their little girlWilla, and as of this writing have not shared any photos of her yet. However, Sophie Turner has started posting pictures of her time being pregnant, showing off her adorable baby bump.

In August,Katy Perry and Orlando Bloomwelcomed a daughter as well, with possibly the cutest name ever:Daisy Dove Bloom.

Along with the announcement of her birth, the couple took the opportunity to advocate for UNICEF and the organization’s work in helping families all over welcome newborns during this pandemic. “In celebration of the heart we know our daughter already has, we have set up a donation page to celebrate DDB’s arrival. By supporting them, you are supporting a safe start to life and reimagining a healthier world for every child,” Bloom posted alongside a black and white photo of her birthday.

#Repost @unicef ãƒ»ãƒ»ãƒ» Welcome to the world, Daisy Dove Bloom! We are honoured to introduce Goodwill Ambassadors @KatyPerry and @OrlandoBloom’s new bundle of joy.â € â € “We are floating with love and wonder from the safe and healthy arrival of our daughter,” Katy and Orlando told us.â € â € “But we know we’re the lucky ones and not everyone can have a birthing experience as peaceful as ours was. Communities around the world are still experiencing a shortage of healthcare workers and every eleven seconds a pregnant woman or newborn dies, mostly from preventable causes. Since COVID-19 many more newborn lives are at risk because of the increased lack of access to water, soap, vaccines and medicines that prevent diseases. As parents to a newborn, this breaks our hearts, as we empathize with struggling parents now more than ever.â € â € “As UNICEF Goodwill Ambassadors, we know UNICEF is there, on the ground, doing whatever it takes to make sure every expecting mother has access to a trained health worker and access to quality healthcare. In celebration of the heart we know our daughter already has, we have set up a donation page to celebrate DDB’s arrival. By supporting them, you are supporting a safe start to life and reimagining a healthier world for every child. We hope your ♥ï¸ can bloom with generosity.â € â € Gratefully-â € â € Katy & Orlando.”â € â € Please tap the link in our bio to support the most precious gift: a healthy child.

After keeping the news of her pregnancy a well-guarded secret for months, one of the more recent additions to the world came just a week ago, asGigi Hadid gave birth to her daughter withZayn.

The couple have not publicly announced the baby’s name, but we know she is already so loved, and has been showered in gifts from the likes of Zendaya, Taylor Swift, and more.

Our baby girl is here, healthy and beautiful??â¤ï¸ to try put into words how i am feeling right now would be an impossible task. The love I feel for this tiny human is beyond my understanding. Grateful to know her, proud to call her mine, and thankful for the life we will have together x

While many of our favorite icons have welcomed their first child during quarantine, Jessica Biel and Justin Timberlake brought their second into the world.

The news was kept fairly quiet but was confirmed by Timberlake’s former*NSYNC bandmate, Lance Bass. Apparently, the band knew before anyone else did, as they keep in touch through a WhatsApp group message. (Just give us a proper reunion tour, PLEASE.)

Rooney Mara and Joaquin Phoenixare also among those who have welcomed their first child during quarantine. The couple are officially parents to a baby boy named -- what for it... go grab some tissues -- River, after Joaquin’s late brother. Catch us all up in our FEELS on this one.

? Viktor Kossakovsky ?ï¸, Gunda: He just had a baby Boy who's Called River. ( about Joaquin) pic.twitter.com/WuUISnuTsZ

Just days ago, Kevin Hart and his girlfriendEniko also welcomed a baby girl, their second together and Hart’s fourth child in total. Kaori Mai Hart was born on September 29th, according to Eniko’s Instagram post, and we cannot wait to see her!

When it comes to keeping her pregnancy a secret, Amanda Seyfriedmight top them all. The news of her second child withThomas Sadoski – a son whose name has yet to be revealed – shocked just about everyone.

@thomas_sadoski and I made a little man #Repost @thomas_sadoski ãƒ»ãƒ»ãƒ» If you’re interested in helping out the (now) 4 of us would love it if everyone able could set up a monthly $4 (or $44!!) donation to BOTH of these incredible organizations that help make the world a better place for kids. Repost from @inaraorg & @warchildusa. We at War Child and INARA are so happy to be the first to announce that our board members Amanda Seyfried and Thomas Sadoski welcomed their second child into this world. â  â  Their statement:â  “Since the birth of our daughter 3 years ago our commitment to the innocent children that are so brutally affected by conflict and war has been a driving force in our lives. With the birth of our son the work of INARA and War Child has become our North Star.”â  @mingey @thomas_sadoski @inaraorgâ  â  â #AmandaSeyfried #ThomasSadoski #BabyBorn #BabyAnnouncement #SecondChild #NewBorn #INARA #WarChild

Like Katy Perry and Orlando Bloom, Seyfried and Sadoski made their announcement via a charity for children they support. And, like Sophie Turner, Seyfried has officially started sharing some photos of her pregnancy process, including an adorable shot of her daughter feeling her baby bump!

Back in July,Nicki Minaj redefined the maternity shoot, announcing her pregnancy with a photo of her in an intricate bikini and studded platform stilettos. Like only a Queen could do.

According toPEOPLE, the baby officially arrived on September 30th. The gender and name of the baby have yet to be revealed, and we can’t wait to find out what Minaj and Petty have come up with.

Love. Marriage. Baby carriage. Overflowing with excitement & gratitude. Thank you all for the well wishes. ?

Much like Amanda Seyfried and her husband, Donald Glover and his partner are skilled at keeping a secret. During an interview with GQ on September 29th, Glover revealed that he and Michelle White welcomed their third child – a boy, named for Glover’s father who had recently passed.

"Yeah, it was nuts. I was in the hospital bed,” Glover said in the interview. “My son had just been born, like, an hour before and I was watching the George Floyd video. It was such a weird moment.”

Congrats to all the new moms and dads!!!