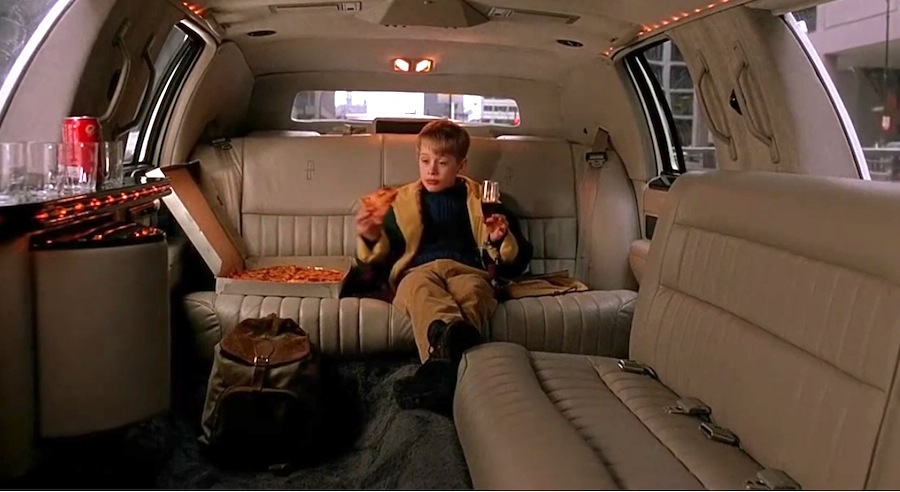 It’s hard to believe that Home Alone 2 will be turning 25 (when did that happen?). The instant classic turning a quarter of a century is a momentous occasion that deserves to be celebrated, and the Plaza Hotel agrees.

Although Eloise may be the Plaza’s official mascot, Kevin McAllister is hot on her heels and may have even surpassed her as far as the popular vote is concerned. At least we think so.

The Plaza Hotel in Midtown Manhattan is an iconic New York City landmark popularized to worldwide audiences by Kevin McAllister’s raucous high-flying stay in Home Alone 2. The luxurious five-star hotel, which caters to the world’s elite is seeking to capitalize on the iconic 1992 film by luring fans of the franchise with an exclusive package that promises to recapture the glory of Kevin’s plush stay.

The announcement states: “Those looking to stay at The Plaza can opt for the HOME ALONE 2 Anniversary Room Package, complete with gifts including a branded backpack and exclusive Home Alone 2 paint can with all of the Home Alone DVDs and a copy of the Anniversary Edition Blu-ray. And for the literal cherry on top, this booking option will include a complimentary in-room ice cream plaza-style-sundae cart ordered via room service.”

That’s not all of, course, as the package can be enhanced (duh) to include express passes to the top of the Empire State Building, access to Wollman Rink, a four-hour limousine ride through NYC (map included), and a personal photographer. The package will not include former owner Donald Trump, whom Kevin famously bumped into in the Hotel’s lobby. Marv and Harry also not included (thank goodness).

The experience will be available starting December 1st, and rates start from $895.00(!) a night. So take a page out of Kevin’s book and snag your Dad’s credit card. You can’t put a price on nostalgia.