Carmen Sandiego and Other '80s/'90s Kids Game Shows That Need a Reboot! 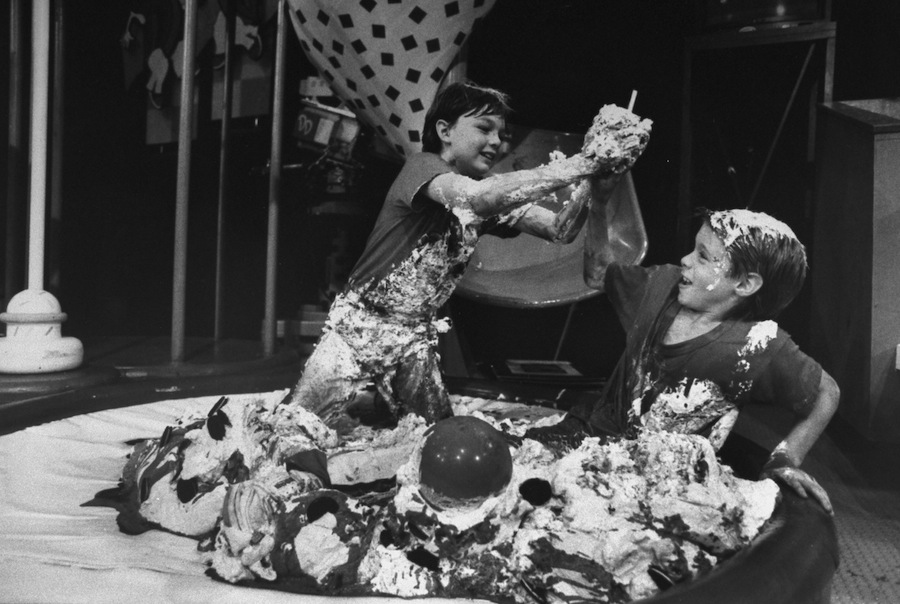 Last week, it was announced that Gina Rodriguez would be playing classic criminal mastermind Carmen Sandiego in a live-action movie along with voicing the animated cartoon on Netflix set for 2019!

I lived for missions from The Chief! (that video quality though, lol.)

Carmen Sandiego made learning about history really fun as a kid and, unfortunately, I didn't take that same enthusiasm into high school but that's irrelevant now. Carmen Sandiego was just one of the awesome game shows from the '80s and '90s that actually helped kids want to learn!

This era was prime time for kid's game shows; I'd even say it was the Golden Era. I wanted to be on every game show and I thought I was smart enough to do it just like every other kid watching! So, I thought, how great it would be if some of those awesome educational kids game shows could be rebooted today?! It was a great trip down Memory Lane, and I'd like to invite you all to my childhood...

"Legends of the Hidden Temple"

One of the most nostalgic shows of my childhood, "Legends of the Hidden Temple" gave us great stories and exciting challenges, all the while testing and training kids' language arts comprehension. Olmec, you sneaky, sneaky stone head...

Fun Fact: Nickelodeon actually made it a movie in 2016, so my reboot dreams have come true!

Man, this goes way back. This game show tested kids on various trivia knowledge and the ability to recognize shapes and details to reveal a picture!

This game show not only tested contestants on their physical ability but also their knowledge. Games tested memory, spelling, and ability to think outside the box on the fly!

I used to be obsessed with this show and I was convinced that I would win every single time! It tested a bit of contestants' memory and trivia knowledge, but mostly their ability to find objects in a room. It's basically an I Spy book in real life.

Check out part of an episode here!

Yeah, I still think I could have won that.

"Double Dare" was so intense! Not only is there an epic, messy obstacle course and crazy physical challenges, but the trivia isn't that easy either. You may have come for the fun challenges, but you'll definitely learn a thing or two from watching the show.

Check out this series of trivia questions. Not gonna lie, I didn't know some of them.

These were just a few of the educational kids game shows from the '80s and '90s. That era encouraged kids to be active and fit as well as exercising their minds to achieve anything they set their mind to. Rebooting some of these game shows would be amazing and we hope to see a few more soon!