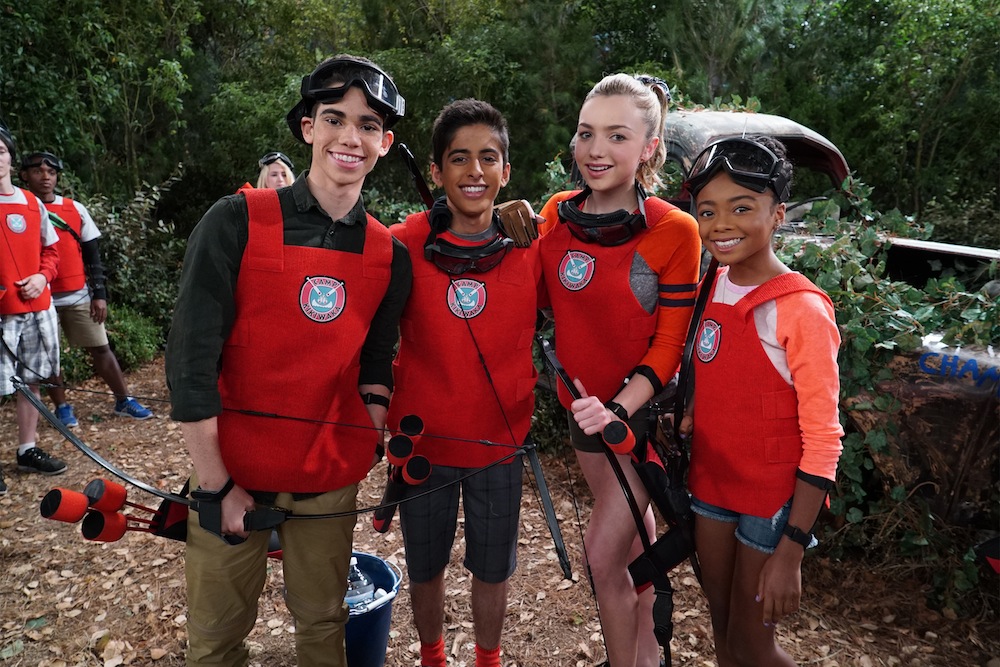 Calling all "Jessie" fans! If you were a fan of the hit Disney show, you’ll be stoked to hear that Cameron Boyce is back! Cameron is reuniting with his “Jessie” cast Peyton List, Skai Jackson, and Karan Brar, as Luke Ross for just one episode on “Bunk’d”. Yeah, I know… we only get one episode of the mischievous Ross kids back together again, but this is one episode you don’t want to miss!

There is an added twist to this episode -- Peyton List’s real-life twin brother, Spencer List, will also be making a guest appearance as Eric from the rival camp, Camp Champion! Yep, it’s like a family reunion! The Ross kids get back into their crazy fun and mischief that we all know and love, including a “turf war” with Eric. This episode will be filled with humor and nostalgia that you definitely want to catch! Take a look at an exclusive behind-the-scenes featurette of the episode, “Luke’s Back”: