BTS to Release Tour Doc 'Burn The Stage' Next Month! 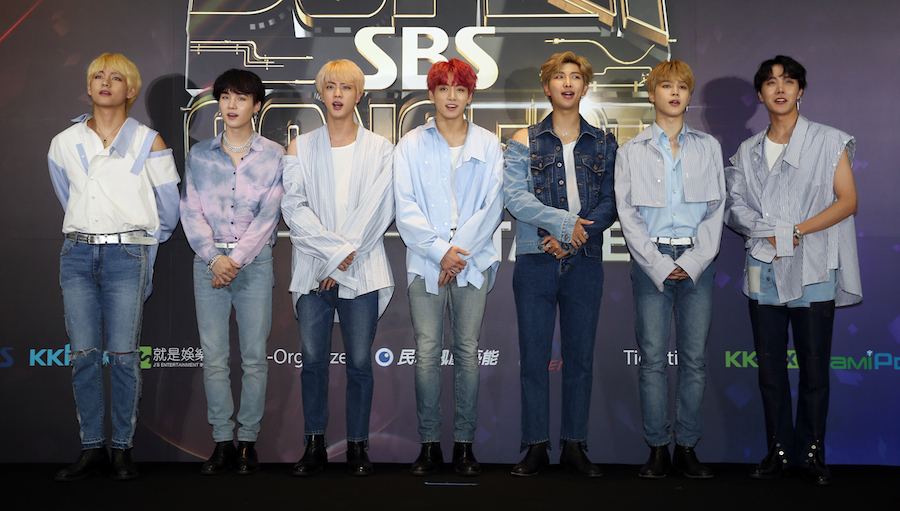 We love BTS. Everyone loves BTS. How could you not? They’ve got great voices, are INCREDIBLE dancers, and just have the best personalities around. And when we heard that they were going to release their very own movie, we FREAKED. OUT. Sitting in a theater, eating popcorn, and watching our fave group? Yes please!

BTS (which, for those of you who may not know, stands for Beyond The Scene) have JUST revealed when we’ll get to see the all new movie! The film will have a limited release in participating theaters beginning November 15. Tickets will become avaiable on October 22 here.

Titled Burn the Stage: The Movie, this film will go on the road with the K-pop boy band during their 2017 Live Trilogy Episode III The Wings tour. We’ll see live performances from the tour, behind the scenes (orrrr…BTS…. haha, get it?) clips of the band, as well as interviews with the band members themselves RM, Jin, SUGA, j-hope, Jimin, V, and Jung Kook.

This reminds me SO much of some other concert films, like One Direction: This is Us, Jonas Brothers: The 3D Concert Experience, OR Glee: The 3D Concert Movie! Right? And those films were BOMB, I was dancing and singing up a storm! And it really gives you a closer look into what life on the road is like for these majors stars. So, there’s no doubt that this film will have us jumping out of our seats and dancing all around the theater like the rest!

These boys are KILLING THE GAME right now, it’s no wonder they got their own movie! And we’re sure it’ll be a major success. I mean, have you SEEN the BTS ARMY? No doubt this group’s amazing fan base will have all these theaters packed for multiple shows. There’s no “Fake Love” when it comes to them, the BTS ARMY is some of the strongest fan love out there!

So, will you be checking out Burn the Stage: The Movie when it arrives in theaters? We can’t wait to see all the new interviews and jam out to our fave hits!