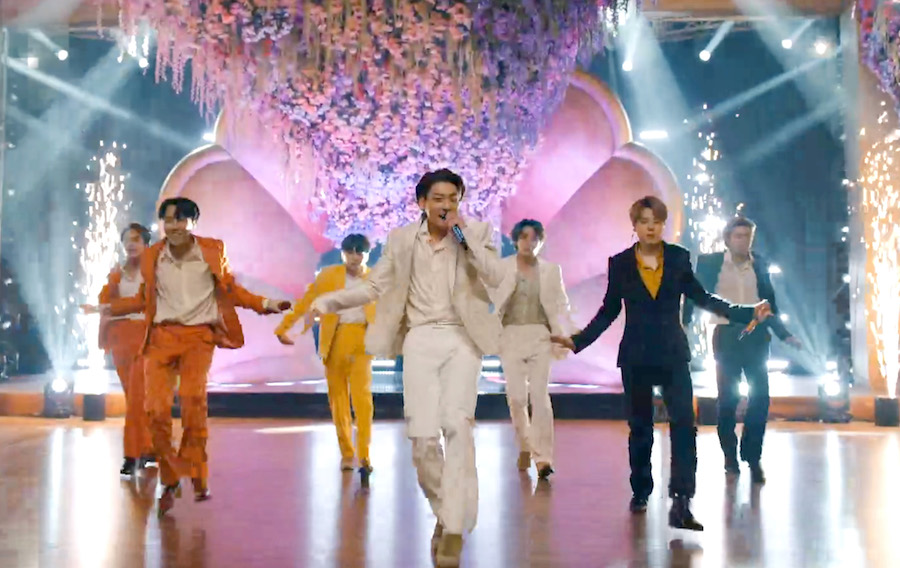 Since the beginning of the pandemic, live music has been put on hold, forcing music lovers to hold onto their tickets until venues open up. Virtual concerts have helped bring that feeling of being in a venue watching our favorites light up the stage from the comfort of our homes. One of the first artists to do so was K-Pop superstarsBTS, who had to postpone their highly-anticipated and sold-out Map of the Soul World Tour.

In the early months of the pandemic, BTS brought joy to their beloved fans, ARMY, which they could not see due to their tour being postponed, with Bang Bang Con. The live-streamed event allowed fans to relive some of BTS’s past concerts for free. Last year’s event racked up over 50 million views in the span of 24 hours and set the norm for online concerts. The band eventually broke the record they set themselves with their "Map of the Soul ON:E" virtual concert last October.

How I am planning to dance in my room during Bangbangcon!: pic.twitter.com/dL762oJW5w

A year later, the septet has brought Bang Bang Con back as a gift for their fans. The free live-streamed event will be available on the BANGTANTV YouTube channel on April 17 starting at 3pm KST/ 2am EDT; 11pm PDT on April 16.

The band recently released the line-up for this weekend’s event, starting with one of their earlier concerts, “2015 BTS Live Trilogy: Episode I”. Continuing with their global fanmeet, “BTS 5th Muster [Magic Shop", held in June 2019, which many fans are excited to relive the iconic moment where vocal line members Jin,Jimin, V, andJungkook cover Suga,J-Hope, and RM’s song “Ddaeng”. Closing out the event is “BTS World Tour Love Yourself: Speak Yourself" held in Sao Paulo, Brazil, May 2019.

If you’re feeling nostalgic about going to concerts, especially if you’re an ARMY, you do not want to miss out on this!