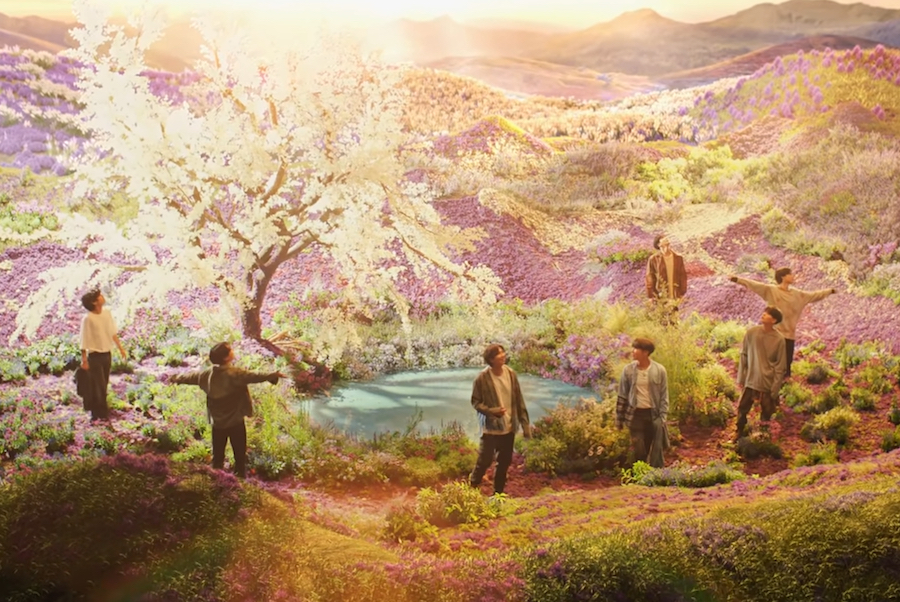 Due to the current state of affairs around the globe, this past April, the K-pop phenomenon BTS had to unfortunately put their 2020 Map of the Soul World Tour on hold due to COVID-19 restrictions. While Big Hit Entertainment, the band’s label, is currently working to develop a new schedule for the tour, the boys wanted to remind their  ARMY to stay optimistic during these unprecedented times.

Last month, BTS released their newest single “Stay Gold”, which is part of their upcoming Japanese album Map of the Soul: 7 ~ The Journey ~, which will be available for digital download on July 14. Later that week, the music video for the single dropped on YouTube, which the boys of BTS used as a platform to reach their fans and remind them, even if they are feeling overwhelmed by our current situations, to stay hopeful, or, in their words, “Stay Gold”!

The music video begins with each of the seven members --Jin, Suga,J-Hope, RM, V,Jimin, and Jungkook – separate and alone. While one is walking down a dark and eerie hallway, another is floating on a mattress above a room full of water. Each of the members of BTS are depicted in a state of isolation, a state many of us are feeling right now amidst this global pandemic. However, their lyrics not only address the feelings we have as a response to COVID-19 but also address mental health issues that many across the globe experience daily. The band is known for discussing topics like this within their lyrics, and this song in particular emphasizes the need to find the light within your life.

Throughout the music video, each of the band members finds a little piece of light in their depicted scene of darkness. One lights a match, another sees the light shining through a keyhole, and another finds the light glistening on the water. When each member of BTS finds their light in the darkness, it takes them back to the same place, one where they are all together. This is a reminder to fans, even when life becomes overwhelming, to stay strong because they will be right by their side.

You can listen to “Stay Gold” as well as 12 other songs on their upcoming album, Map of the Soul: 7 ~ The Journey ~, which is set to be released digitally on July 14 with physical products available on August 7 in the United States. This album is the first Japanese album that the band has released since 2018 (Face Yourself) and includes Japanese versions of many of their previously released songs. Make sure to pre-order Map of the Soul: 7 ~ The Journey ~ now and stream “Stay Gold” on all available music platforms!