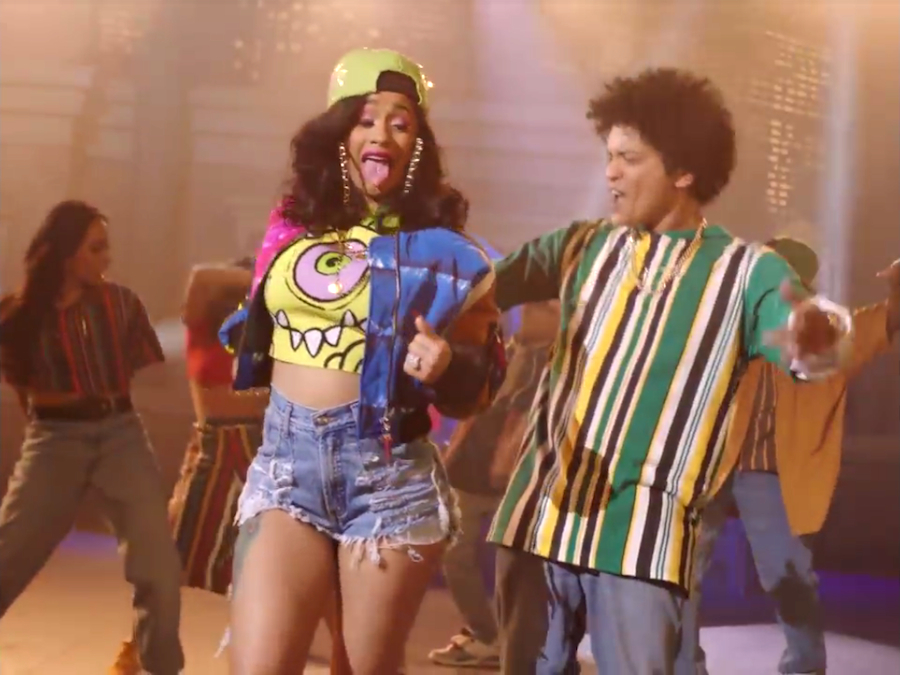 Bruno Mars just dropped a remix of his 2016 song “Finesse” featuring “Bodak Yellow” singer Cardi B, taking to Instagram to post the artwork for the single, and it was definitely showing us some throwback '90s vibes!

The two were sporting '90s gear to the fullest, with Cardi wearing a yellow crop top and with a vibrant neon jacket of many different colors and some high-waisted jean shorts. Meanwhile, Mars sported a white, green, black, and yellow-striped shirt over a hoodie, and of course rocking that amazing Afro hair! If none of that doesn’t scream '90s, then I don’t know what does! 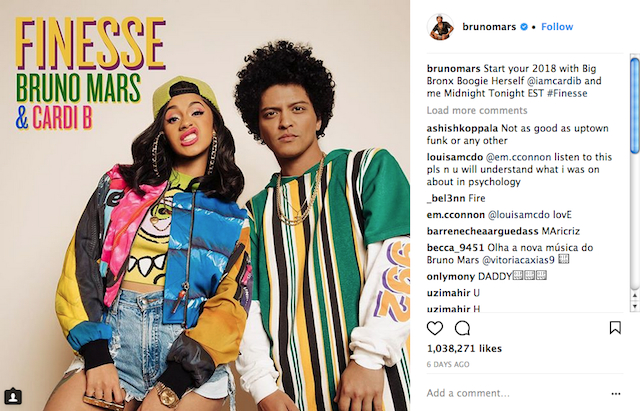 Along with the single, of course there has to be a music video, and that is just what we got! The clip was directed by Bruno Mars himself, and it is lit! The video starts out with Cardi B’s verse where she is in a studio with paint, dancing and singing to the music, and painting the camera with different paint brushes, accompanied by Bruno Mars.

It then cuts to Bruno singing his verse while dancing with two backup dancers behind him. He is absolutely killing those swing dance moves! Mars of course choreographed these dance moves with some help from Phil Tayag, who is a member of the JabbaWockeeZ dance troupe.

After the video was released Mars took to Twitter to state, “this video is dedicated to one of my favorite T.V. shows of all time.” He also gave a special shout out to the people at Fox Studios, as well as Shawn Wayans, who was a performer on the hit '90s sketch comedy show “In Living Color”. The video was totally giving off “In Living Color” vibes from the very start to the end! Shawn Wayans even thanked Mars and Cardi B. for their amazing tribute to the classic show.

Mars went on to say that, “In Living Color was it growing up. Pop culture, Comedy,  Fashion, Dance & all y’all superstars. There has never been another show like it.” The music video is definitely giving us all kinds of nostalgia feels, and the song for sure makes you want to dance!