Breaking Down The Season 5 Finale of "Riverdale" (And Looking Ahead To Season 6)! 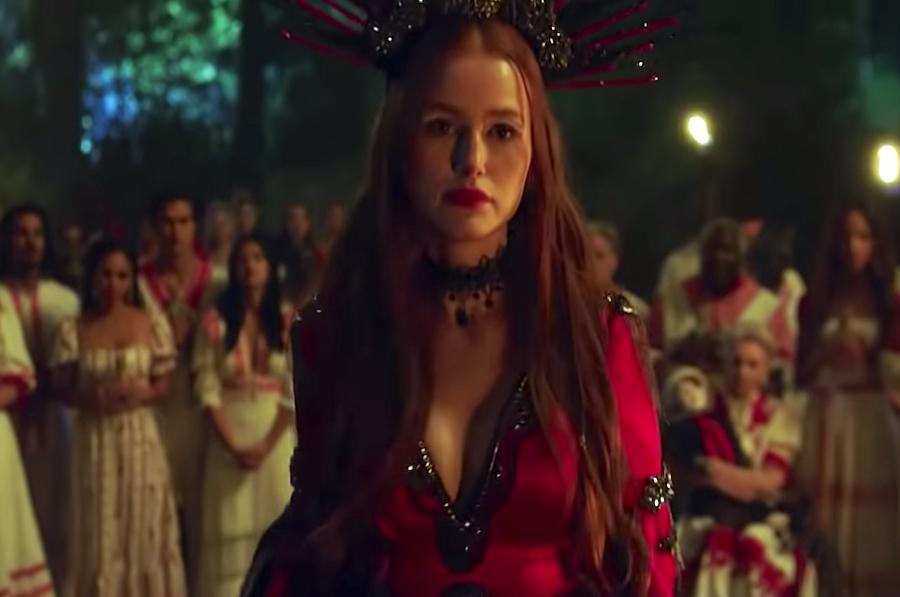 Fires and an exile and explosions and new ships and a curse, oh my! The finale for "Riverdale" Season 5 was jam-packed with action, mystery, twists, and turns, and was definitely not a disappointment by any means! Our feels are mixed all over the place right now, but as we wait for what’s to come in Season 6, let’s look at some important highlights of the Season 5 finale!

1. The Core Four are going to continue their journeys in Riverdale.

While Veronica was initially planning to go back to New York, she found out that she can’t go back -- she’s currently known as the “Black Widow of Wall Street” after losing her ex-husband Chad, and not just losing him but KILLING him. All in self-defense, of course! Jughead received the position by Principal Weatherbee of supervising the Blue & Gold Student Newspaper for Riverdale High School; however, he has plans of his own. He is going to turn it into the Riverdale Choice, where students are to report on all things happening in Riverdale while holding people accountable as well. Archie is also going to reopen Andrews’ Construction, and Betty is reopening the Riverdale FBI office. Congrats, Special Agent Betty!

As Jughead and Tabitha take their shifts off from Pop’s to enjoy a romantic dinner together, Tabitha gets an urgent phone call and the Riverdale Fire Station alarms begin ringing. That can only mean one thing. As they all run to Pop’s, they find it in flames! A Ghoulie threw a Moltov cocktail inside, all part of Hiram’s doing. Fortunately, Pop’s was not entirely damaged, and people are going to help with reparations and restorations, including Pop himself! He arrived back to Riverdale to talk to Tabitha about pitching in his retirement money to help out and also start working again. Welcome back to Riverdale, Pop!

3. Hiram finally out of Riverdale?

After being arrested for potential arson of Pop’s, Betty, Veronica, and Archie investigate Hiram’s office. They find out that he incorporated SoDale and can petition the courts to redraw its borders and absorb all incorporated lands, meaning he can even take the entirety of Riverdale for himself! After Reggie finds proof of a recording of Hiram killing gangster Vito in his hospital bed, the whole Riverdale crew takes him out to the edge of Riverdale to exile him. They will use his money to rebuild Riverdale and especially Pop’s. Hiram walks away. But will he actually leave and never return? One may never know in Riverdale!

4. The Return of the Trash Bag Killer!

As one enemy leaves, out comes another: the Trash Bag Killer! The creepy, mysterious person underneath a trash bag mask and body covered in blood who once kidnapped Betty leaves her a creepy call, congratulating her on graduating from FBI academy. They tell her they won’t bother her anymore, but the Trash Bag Killer showing up after all these episodes to return in the finale can only mean one thing: they are most likely going to be a potential enemy for Season 6. Watch out!

5. Cheryl’s quest for palladium and her witchy origin story?

Nothing is stopping our fire queen, Cheryl Blossom, in looking for the palladium inside the mines. It’s the fabled fifth element and missing piece in her ministry, which creates a bridge between the physical and spiritual world. In doing so, she and Britta find creepy skeletons, and Nana Rose tells her about her ancestor, Abigail Blossom. In 1890, the Thornhill House was a girl’s school, and people were suspicious of Abigail and bothered her. The citizens knew about palladium in the mines, but she refused to tell them. They stole the palladium, breaking into the Thornhill house and accusing Abigail of being a witch. They burned her alive. When the people went to search for the palladium after Abigail’s death, there was a collapse in the mine and many people died, known as “The Forgotten” skeletons in the mines. Cheryl finds out from Nana Rose that the people who killed Abigail were ancestors of Jughead, Betty, and Archie, and as she reads the journal from Abigail, a wind lifts over the town of Riverdale as the Core 4 feel the air changing. Did Cheryl curse them?! Will she be another potential enemy of Season 6? Is this how they will incorporate Sabrina Spellmen next season?

#Jabitha is going pretty strong in this finale! Tabitha suggests the possibility of moving in together with Jughead, and, later in the episode, they burn the Lodge Ledger together, sharing a passionate kiss afterwards. Perhaps my favorite new ship, #Veggie, make plans of opening a casino in Riverdale, working for themselves and calling the shots. They share a passionate kiss, sealing the deal. #Barchie also rekindles their romance, with hopes of settling into a real relationship. But Toni and Fangs?! I definitely did not expect that one! After they talk about reestablishing the Serpent Gang, Fangs is given the title Serpent King and Toni Serpent Queen, and they share a kiss. I personally am still rooting for Cheryl and Toni to get back together and for Fangs and Kevin to as well, but we’ll see where this goes.

As Hiram leaves Riverdale, the Core 4 host a town hall to decide whether Riverdale will be incorporated, and if the town lives or dies. They agree on Tabitha, Toni, Alice, and Uncle Frank to be a Council of 4. Riverdale is back on the map, and everything seems perfect! Until... the air feels different, from Cheryl’s possible curse on Jughead, Betty, and Archie. Not only that, but as Archie is in bed, he hears something ticking. There’s a bomb underneath his bed!!! We see Hiram smiling and saying “tick, tock” as he drives away before the episode ends with puffs of smoke emerging from the town. What will happen?!

Luckily, "Riverdale" fans will not have to wait too long to find out, as Season 6 will premiere on Tuesday, November 16, with a 5-episode event! After watching the trailer for Season 6, it definitely gives off witchy, supernatural vibes, which definitely foreshadows a "Chilling Adventures of Sabrina" crossover! Sabrina herself, Kiernan Shipka, posted an Instagram picture with a caption that reads, “from Greendale to Riverdale ? See u in Season 6.” So what does this mean for Riverdale exactly? Will it turn into a supernatural show? Does Cheryl now possess witch powers? Also, what IS Rivervale? Stay tuned soon to find out!