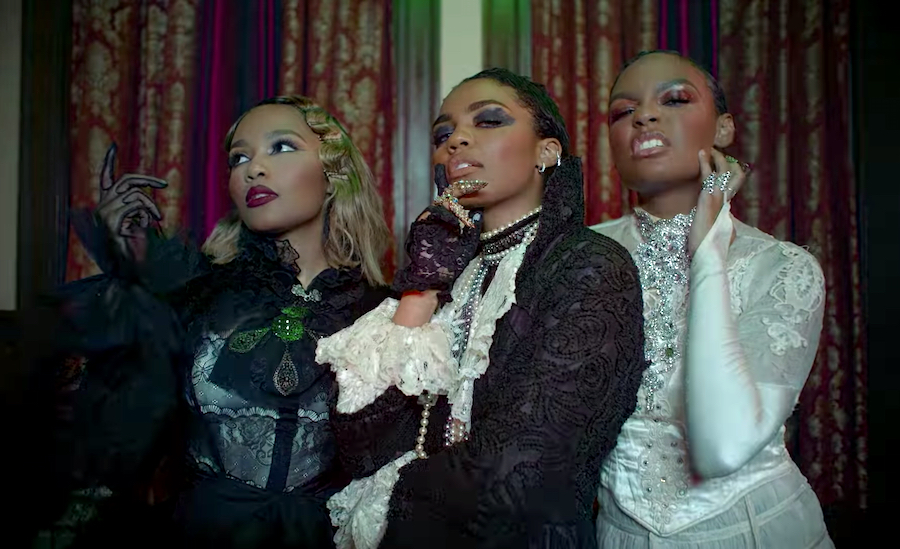 What is one girl group that is connected not only by bond, but by blood? The Thriii band! Consisting of sisters Sierra McClain, Lauryn McClain, and China Anne McClain, the group was formed in 2005 as the 3mcclaingirls. The sisters embarked on their acting careers during this time as well, coming together in the film The Gospel (2005). They then starred in the film Daddy's Little Girls (2007), for which they released their single, "Daddy's Girl".

The sisters signed with Hollywood Records in 2011 under the name The McClain Sisters. One of their first popular performances was at the 2011 Disney Parks Christmas Day Parade. They then released their first song "Rise" in March 2012 for the Disneynature film Chimpanzee and were the opening act for Big Time Rush on their Better with U Tour that same year. The sisters also performed at the 2012 White House Easter Egg Roll. In November 2012, they released their debut single "Go" that was featured on Disney’s "A.N.T. Farm", which China had a starring role in.

The McClain sisters' band went on a break in 2016 to pursue their individual acting careers but came back together years later in June 2020 with a new group name, Thriii. They released their comeback single "My Sanity", which featured all the McClain family members. The music video reflected on their time during quarantine and showed how unity kept the whole family close.

Recently, Thriii revamped China Anne McClain’s 2011 iconic hit, "Calling All the Monsters", for its 10th anniversary. With beautiful harmonies, amazing choreography, and stunning visuals, the remake is definitely not a disappointment! The inclusion of all three sisters, plus their brother Gabriel rapping in the song, definitely makes it all the more powerful and a bop this year, and ten years ago. Here’s to more music to come from Thriii!