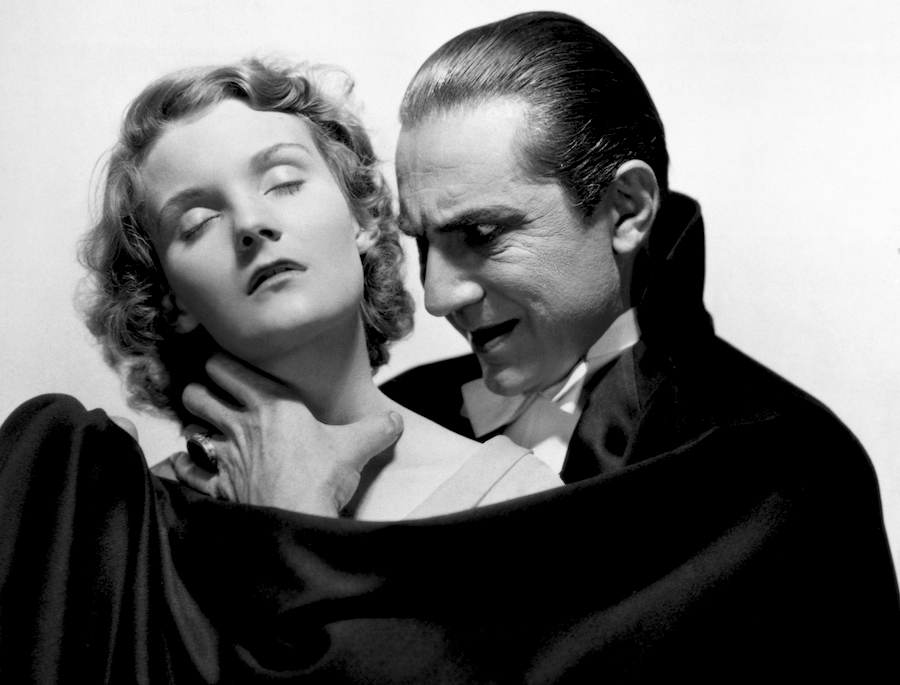 When October arrives, we all get into the spooky mood: we start decorating our houses, preparing our costumes for Halloween, buying all the delicious snacks, and, most importantly, creating a mysterious atmosphere. Movies and books come to the rescue, since they always manage to inspire the creepy Halloween vibes the best. There are a few cliché creatures or symbols for this time of the year -- witches, pumpkins, skeletons, bats, werewolves, and vampires. And today, we’ll talk about the last category -- or, to be more specific, about the king of vampires, Dracula himself.

Dracula was created by Bram Stoker in 1897. There had been many other references to vampires in classic literature before, however, Stoker’s portrayal of Dracula has had the biggest influence on literature and cinema. Dracula became a worldwide phenomenon, which doesn’t seem poised to fade away anytime soon. The story was written 125 years ago but is still as loved as ever, with people reading the novel, watching the movie adaptations, or dressing up as the Count for Halloween or other parties.

Nevertheless, despite its massive popularity, not everyone knows the true story of the famous vampire. So, if you’re interested in mythology, horror, or fantasy, or simply want to brush up your knowledge of the supernatural before Halloween, read on!

Bram Stoker was an Irish writer, born in 1847 in Dublin. His most famous work was Dracula, though he wrote many other stories, like The Snake’s Pass, The Lady of the Shroud, The Lair of White Worm, and more. His writings were majorly influenced by Irish myths and legends, something that you can see in Dracula as well. He is one of the most influential authors in gothic and horror literature. He died in 1912 from locomotor ataxia and was cremated in London.

2. What Is Dracula About?

Dracula is written in the form of a collection of telegrams, letters, diary entries, and newspaper articles. The main character, Jonathan Harker, is invited by Count Dracula to his castle in Transylvania in order to help him purchase a house near London. Jonathan doesn’t know about the true nature of the Count, but throughout his visit, he slowing uncovers the supernatural origin of his host, and after being trapped in the castle for a long time, he finally manages to escape. Dracula’s mission is to move to England and try to create as many vampires as possible. Jonathan, along with his fiancée and friends, is determined to prevent that. The small group of hunters, led by Abraham Van Helsing (another now-iconic character), destroy all the boxes of dirt which Dracula brought with him from Transylvania in order to survive. At the end of the book, Jonathan and his friends follow Dracula to his castle, where he lies in the last box with dirt. They stake him through his heart and kill the evil.

By the way, if you’re considering reading this masterpiece of the gothic genre, we may have something really cool for you! There’s a website called “Dracula Daily” where you sign up and read the book in accordance to its chronology. The storyline takes place from May to November, so you can still manage to join the newsletter and receive a new chapter every day.

The gothic novel has all the elements of a true horror: murders, blood, suspense, and demonic creatures. The most interesting thing about the book is that we don’t really see much of Dracula himself. We meet him in the beginning of the story and near the end. However, throughout the whole book, we can feel his “hidden” presence, his power through distance, and that’s actually much more frightening both for the characters and the readers. In fact, the parts where the heroes physically see Dracula are the least scary ones compared to when they fight with an invisible evil power.

There are many theories about the origin of Stoker’s inspiration for his famous monster. Some scholars believe that Dracula’s prototype was the 15th century Wallachian prince Vlad the Impaler, who was also known as Vlad Dracula. He was considered as a national hero and one of the most important yet cruel rulers of Romanian history. Others believe that the author saw Dracula in his recurring dreams and decided to give him a story.

There’s another interesting theory, in which Stoker was also majorly inspired by Jack the Ripper. The parts in the book with a horrific atmosphere of a loose anonymous murderer in the city highly resembles London in 1888 when Jack the Ripper killed at least 5 people. Some literary analysts are certain that this was Bram’s way of giving reference to those real life events.

4. The Influence of Dracula

Bram Stoker’s work completely changed the perception of the blood-sucking creatures. If before vampires were considered ugly and loathsome beasts, Dracula’s description created a brand-new image for vampires. According to it, vampires are quite attractive and rather aristocratic, and their outer beauty helps them seduce their victims. They have good manners, are educated, and polite... well, at least before killing.

From Dracula we also learn some of the most common mythos about vampires, like that vampires avoid sunlight, as it can harm them, and spend the daytime asleep in a box filled with the dirt of their homeland. In further adaptations, the box is exchanged for a coffin, as it seems more creepy. Vampires can also read minds, become invisible, and fly. They don’t have reflections, are afraid of garlic, and the only way to kill them is to stab them with a silver stake or shoot them with silver bullets.

Most works in the fantasy genre, whether movies or books, keep these traditions, so the description of vampires are pretty much the same. There are, however, some creators who try to break the old stereotypes of vampires. For instance, in the TV show “Supernatural”, you have to behead a vampire in order to kill it. In the Twilight saga, the sun doesn’t burn vampires but makes them sparkle. They don’t live in antique mansions, don’t sleep in caskets, and don’t even have to drink human blood, as they can substitute it with animals’ blood.

There are numerous adaptations of the famous story. Some of them remain as close to the original as possible while thers only use the characters and some basic elements of the book to create a whole new, fascinating story.

One of the best movies is considered Francis Ford Coppola's 1992 adaptation. The atmosphere of the film is truly terrifying, and the cast is absolutely amazing. Gary Oldman plays the role of Dracula, while Jonathan and his fiancée Mina are portrayed by Keanu Reeves and Winona Ryder respectively. This film differs a little from the original work, as we see a lot more of Dracula in fancy clothes, something fans definitely don’t complain about, as Gary Oldman totally rocks the role.

Another great movie inspired from Count Dracula is Van Helsing, with Hugh Jackman and Kate Beckinsale playing the lead roles. This adaptation shows the story in a slightly different way, from the perspective of Van Helsing (Jackman). And we should also mention the animated film called Hotel Transylvania, which instantly became a fan favorite. In this version, we see Dracula not as a villain but rather as a doting father with a tragic history.

But of course, we can't forget to mention the OG of them all -- Tod Browning's 1931 classic starring Bela Lugosi. This version of Dracula inspired the most common image we have of the famous vampire today, including the collared cape, white bow tie, and slicked back hair.

Which version of Dracula is your fave?