'Black Panther' Is Poised To Break The Marvel Movie Mold! 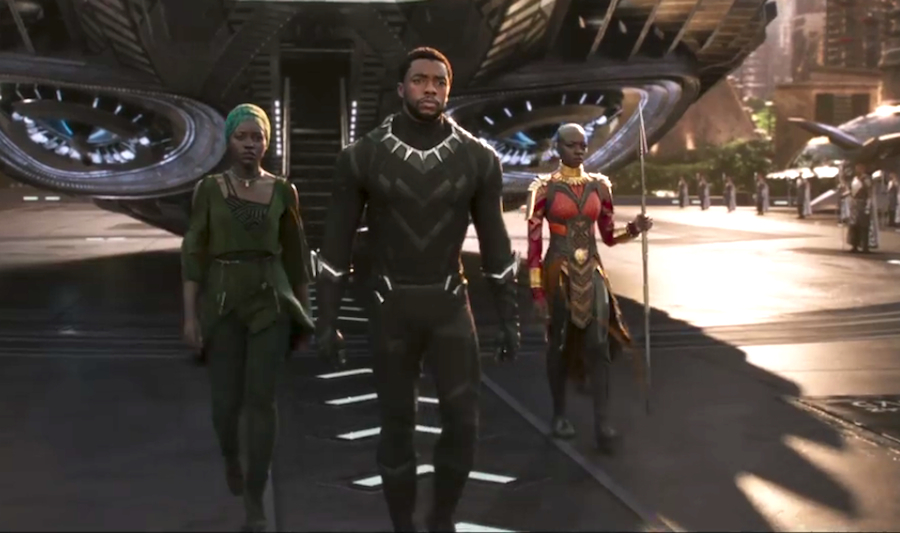 Black Panther is still 4 months away from its release date but it has already received unprecedented hype. One search on Twitter with the hashtag #BlackPanther will result in thousands of excited tweets about the upcoming big budget Marvel film.

Whereas a lot of the anticipation stems from the fact that it will be a massive blockbuster movie following the Marvel franchise formula, which has proven to still draw crowds like in the movie theater heydays, the majority of the exhilaration comes from the fact that the movie will be starring many of the industry's hottest and most in-demand black actors such as Lupita Nyong’o, Chadwick Boseman, Michael B. Jordan, Forest Whitaker, Djimon Hounsou, Angela Bassett, and more.

Twitter has been fighting a battle for years calling out films for whitewashing or inappropriately casting characters. Who can forget the infamous Exodus: Gods and Kings debacle where Christian Bale, Sigourney Weaver, Joel Edgerton, and Aaron Paul were all cast as Egyptians. Even the upcoming Aladdin (which we cannot wait for, btw) has caught flack for hiring a British-Indian actress Naomi Scott to play the role of the Arab Princess Jasmine. Social media erupted in outrage due to the fact that Arab characters are underrepresented as it is and this would have been an ideal opportunity to show off Arab talent, considering India has a massive movie industry of its own.

Not only is Black Panther poised for success due to its dynamic casting but also because it follows in the footsteps of massive Marvel hits as a sequel to Avengers: Age of Ultron and Captain America: Civil War.

It chronicles King T'Challa as he returns to his home of Wakanda, a thriving African nation, to take the position as new leader. His ascent to the throne is not seamless, though, as there are others eyeing the position who seek to destroy Wakanda. Battles ensue as T’Challa tries to prevent the country from being dragged into a world war. He also seeks the help of a CIA agent as well as Wakanda’s special forces to assist him in his mission.

Check out the newly-released Official Trailer below!

We officially cannot wait for 2018.