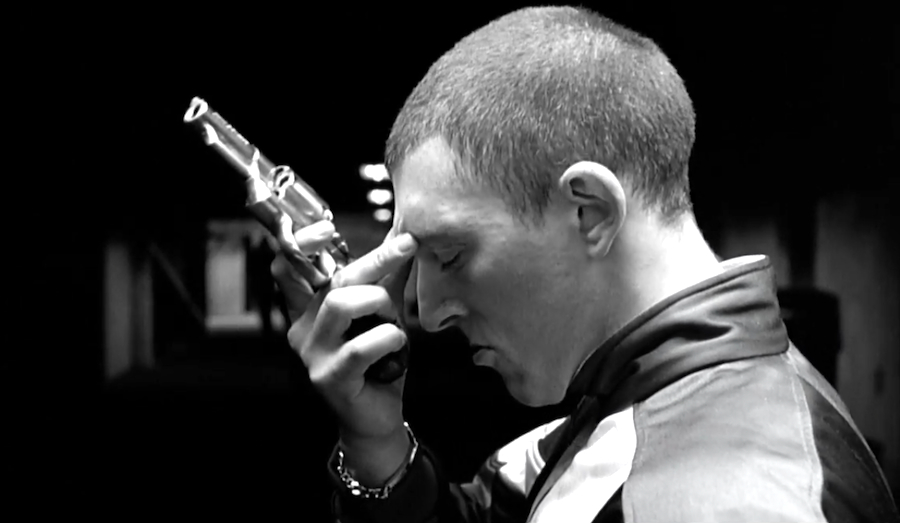 We don’t like to be inconvenienced. Especially in 2017 with the world at our fingertips, we don't want to exert unnecessary effort. It’s understandable; in the era of smartphones, TV has to compete for our attention, and we often rely on the audio of a program to stay in the loop while we simultaneously text and check Instagram.

However, there are some things that are worth our undivided attention (I know, shocking!) because we would be missing out on something amazing if we overlooked it. That’s foreign films. We live in a globalized world, and it's time we look beyond our own borders and familiarize ourselves with what some other countries have to offer entertainment-wise. We might learn something new.

We are used to cookie-cutter Hollywood formulas with predictable storylines that are created purely for box office success. Those are great, don't get me wrong. But variety is what makes the world go 'round. Many foreign film markets are not driven by profits in the same way and are thereby able to get a bit more creative with the content they produce, creating some absolute masterpieces in the process.

Here are 6 foreign films worth putting your smartphone down for!

This film is incredible and not only provides a gripping storyline and fantastic music but also gives viewers insight into some more recent history involving the fall of the Berlin Wall. A city split in half, a family reunion, and a love story all wrapped into a lighthearted 1-hour-and-30-minute movie. Shouldn’t take much convincing to watch this. The film also stars Daniel Bruhl, who has made his own mark in Hollywood with The Bourne Ultimatum, Inglourious Basterds, and The Zookeeper's Wife since starring in this critically-acclaimed production.

A 1995 French film starring Vincent Cassel (Ocean’s Twelve, Black Swan, Jason Bourne) and Said Taghmaoui (Wonder Woman, American Hustle, G.I. Joe), the movie follows three French friends -- one Black, one White, and one Arab -- living a bleak existence in a crime-ridden suburb on the outskirts of Paris. Struggling with gang violence, police brutality, and racism, the trio tries to carve out their place in the world. The movie received worldwide recognition and even forced France to take an introspective look at its domestic issues.

A lot of people associate “foreign” films with being lower budget than standard American productions. Not in this case. Paul Verhoeven, the Dutch director behind hits like Total Recall and Basic Instinct, took the reigns of Black Book with a $21 million budget and made it a smashing success. The film is set in World War II Amsterdam and follows a scrappy Jewish singer who goes undercover and is able to infiltrate Nazi headquarters. Actress Carice van Houten flawlessly plays the role of Rachel/Ellis, but nowadays she is probably more recognizable for portraying Melisandre of Asshai on "Game of Thrones".

This 1997 Iranian drama is one you do not want to miss. The film chronicles a young boy named Ali who loses his sister's only pair of shoes. In order to not upset their poverty-stricken parents, the two come up with a scheme to share a pair of shoes until they can obtain another. A genuinely heartwarming tale that proves that, regardless of government, children all across the world are the same. The film also won the 1998 Academy Award For Best Foreign Language Film. An Iranian movie winning an American award. Talk about peaceful cooperation! Now that’s something positive we can support.

The Lives of Others

Another Academy Award-winning production worth watching, this film chronicles a man and his girlfriend who are under constant surveillance in a communist country. In a bizarre turn of events, the agent in charge of spying on the couple warms to them and risks his own life to cover up their illegal activities and escape plans. The lead character is played by Sebastian Koch, who most recently starred in A Good Day To Die Hard and The Danish Girl. Based on a true story, this thriller is one you won’t want to miss.

Who says all foreign films need to be in a different language? Although the Anglosphere entertainment industry is pretty intertwined these days, British independent films are stand-alone gems that often do not receive the same level of recognition as their American counterparts. This is England shines a light on a darker side of the U.K. that is not often seen. The film focuses on a young boy who gets taken in by a group of violent skinheads who terrorize their town while struggling with an economic downturn, increased immigration, and no education to fall back on. A unique enlightening movie that takes on peer pressure, classism, nationalism, and lack of direction from the perspective of a group that has nowhere to turn.