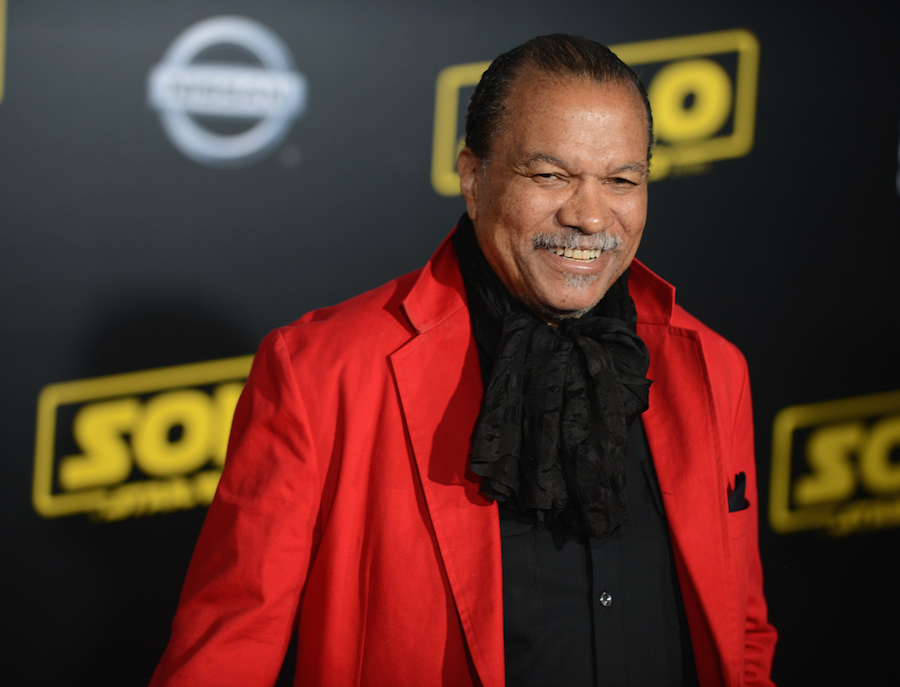 Only a few days ago, we reported that Golden Globe-winning actress Keri Russell has been added to the cast roster for the upcoming Star Wars: Episode IX which then jumpstarted a whole lot of speculation as to what sort of character she could possibly be playing. Well, now, another actor has joined the ranks, and there’s no question whatsoever as to whom he will be playing…

After months (perhaps years) of rumors, The Hollywood Reporter is confirming that, indeed, the iconic Billy Dee Williams will be throwing on the cape once more to reprise his role as the super suave space smuggler-turned-politician Lando Calrissian. And just like that, the last installment of the Sequel Trilogy got a whole lot cooler.

Lando has seen quite the reprisal in the last year thanks to the Extended Universe, with younger versions of the character appearing in the Solo spinoff movie (played by Donald Glover) and in the companion novel Last Shot, which sees Lando interacting with new daddy Han Solo and his infant son Ben, who grows up to be Kylo Ren. It has been speculated, given these revelations, that Lando will play some role in Kylo/Ben’s storyline going forward. Indeed, with the deaths of Han, Luke, and presumably Leia, Lando will be the only (human) Legacy character left in the franchise. Hopefully he will not meet a similar fate as his old pals.

The last we saw of Lando in the Star Wars movies was the end of Return of the Jedi, where he helped the Rebels defeat the Empire in the Battle of Endor. EU materials show him continuing to fight alongside the Rebel Alliance and even considering gifting his blaster to young Ben Solo. It’s unclear, though, how much if any of this content will be incorporated into the new film. My personal theory is, given Carrie Fisher’s untimely death, which unpended Lucasfilm’s plans for her storyline in the final film, Lando will be filling in as a sort of Leia-surrogate – as Kylo/Ben’s last surviving thread of connection to his family, and will likely be instrumental in Ben’s redemption (which is happening, folks, deal with it).

So yeah, this news brings with it A LOT of exciting possibilities! Welcome back, Billy Dee!!!