Billie Eilish’s “my future” is the Personal Growth Anthem You Didn’t Know You Needed! 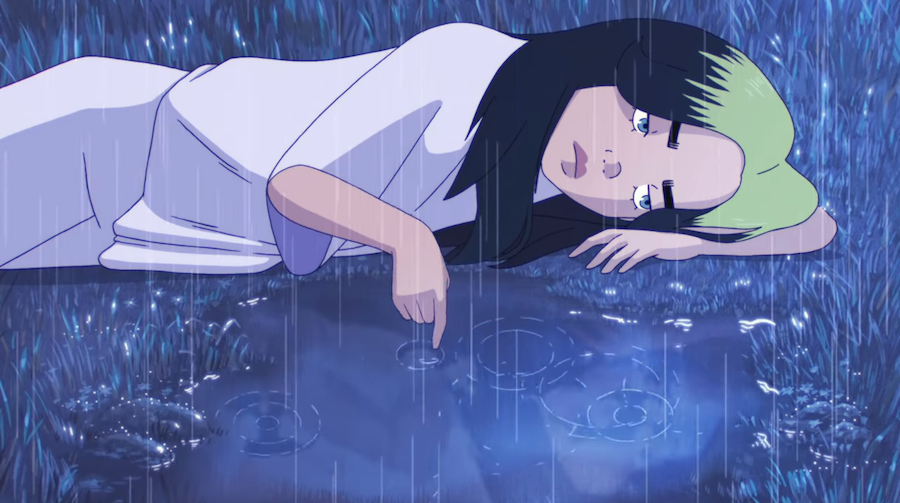 Since earlier this week, singer/songwriter Billie Eilish has been teasing fans with animated artwork and even a clip of her newest single “my future”. Thankfully for us, Eilish dropped the single yesterday (July 30) at 4pm, making OUR future a little bit better! This single, as well as the psychedelic music video that was also released yesterday evening, is the artist’s latest track to be dropped since February when Eilish shared the “No Time to Die” theme song for the upcoming James Bond blockbuster.

Billie Eilish has had a successful last year with her multiple Grammy wins, James Bond theme song, and a sold-out tour, and with her recent release and online performances, it seems she is having a successful quarantine as well.

“My future” is one of Eilish’s more positive and softer pieces that focuses on being in love with her future and the future version of herself. The song does start out dark and gloomy, with lyrics such as “I can’t seem to focus” and “I’m not coming home” and additionally so does the music video. The animated video by Andrew Ontario begins with Eilish walking through the forest in the rain. With the use of dark colors and the solemn look on Eilish’s face, the video emphasizes the gloomy feel in the first half of the song.

my future, by billie eilish.
that’s it. that’s the tweet pic.twitter.com/nNnZ0eMUtl

The beat kicks in during the second verse; as light floods into the music video, plants and flowers begin to grow and the roots of the trees begin to lift her closer and closer towards the sky. As the scenery glistens and glows, Eilish sings “I’m in love with my future” and emphasizes the fact that while others do not know the future version of herself, that is someone she wants to discover and love. Self-love, discovery, and personal growth are all words that I would use to describe the beautiful lyrics that Eilish created -- lyrics that can translate to something a little different to each listener.

i'm in love, but not with anybody else. just wanna get to know myself.

While the song was written at the beginning of quarantine, the lyrics have aged beautifully: “I know supposedly I'm lonely now (lonely now) / Know I'm supposed to be unhappy / Without someone (someone) / But aren't I someone?” The idea of loneliness is one that many of us know very well, as during this period of isolation we have spent a lot of time alone. For many of us, this time has been about self-discovery, realizing the changes that we want to make in our own lives, and contemplating what our future will look like. I believe that this song and Billie can be an inspiration for many of us. She went from “I don’t want to be you anymore” to “I’m in love with my future” and we can do the same!

Stream “my future” on all available platforms today!