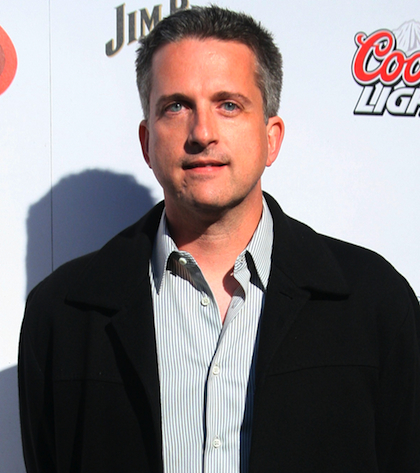 Sports columnist, analyst, author, podcaster, and the creator of the popular sports and pop culture blog site known as Grantland.com, Bill Simmons has finally got himself another gig. It looks as though he is trading the spot he once had of being featured on different shows and events for ESPN to getting his own show on HBO!

I really like Simmons, so naturally I’m happy to hear this. It was a huge bummer a few months back when ESPN let him go. I really didn’t know what to think would happen, because a lot of times people are let go from ESPN for getting out of line with racial remarks, sexual harassment behind-the-scenes, and other various misdeeds, but Simmons was a rarity, as he was just kind of let go out of the blue, with no real definitive reason given. Although, he was let go a day after he did what he does best, speaking his mind and not caring about the consequences. The comments this day in question were negative remarks about NFL commissioner Roger Goodell’s handling of “Deflategate” and how Simmons believes the Patriots and Tom Brady didn’t deserve the kind of punishment dealt to them. But, unlike ESPN, HBO isn’t TV… it’s HBO, so you can say anything that comes to your mind that you want. It’s safe to say that Simmons might just get the better end of the deal here.

There haven’t been much in terms of details about Simmons’s HBO show, but the channel did hint that it will fit Simmons’s personality by being “topical and spontaneous”. If I had to take a guess, I’d say it would be one part “Real Time with Bill Maher” with sports and another part “30 for 30”, the popular sports documentary series that Simmons is credited for being the main driving force behind creating. (If you have never seen a “30 for 30”, watch the one entitled “June 17th, 1994”… it’s by far the best one on there and it’s on Netflix!) Simmons also already has talk show experience by writing for “Jimmy Kimmel Live!” back in 2003-2004. He left after he noticed his column writing was starting to slip and he was falling behind in sports knowledge. No matter what his reasons for leaving, it doesn’t matter -- he’s got the experience, so he’s more then ready to do this with HBO.

Thank you for your time over at ESPN, Bill Simmons, and best of luck at HBO. I know I’ll be tuning in on my best friend’s cousin’s former college roommate’s HBO Go account. You really helped keep things entertaining on ESPN. I’m going to miss you, especially during weak NBA drafts when you'd say things like, “Well, I just don’t understand why anybody would still be watching this right now. Seriously, there are probably ‘Seinfeld’ reruns playing on a six different channels. Check them all out instead.”