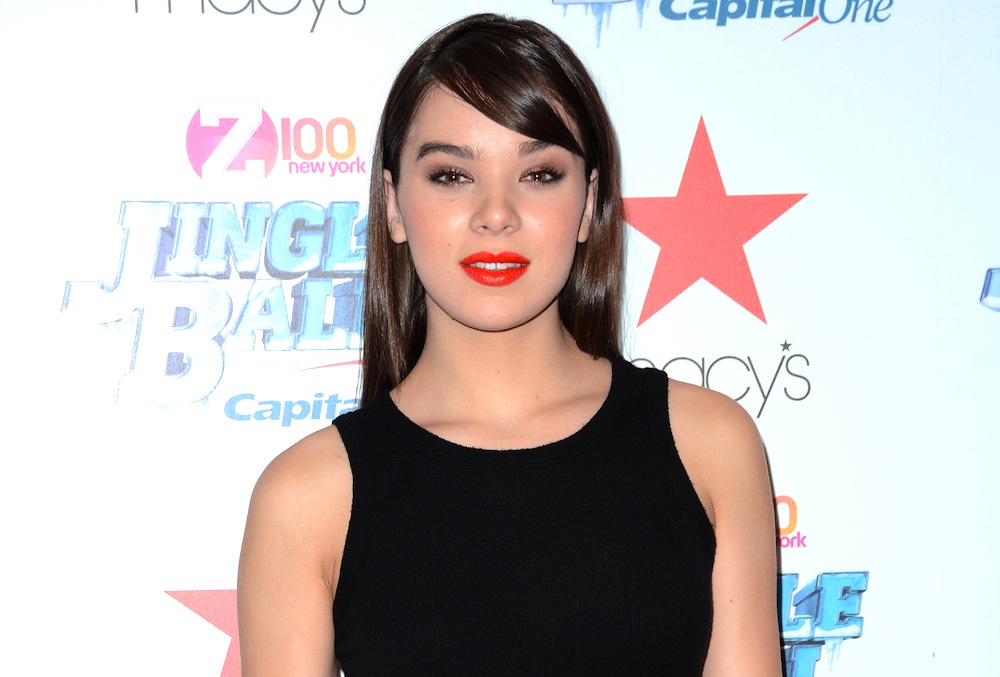 Watch out, world! Hailee Steinfeld is on the rise, and she is here to make a splash!

Some of you may have seen Hailee on "The Tonight Show Starring Jimmy Fallon” last week where she proved she is more than just a talented actress -- she is also a talented singer! Check her out performing her single, “Love Myself”:

Although Hailee is still only 18 years old, she more than held her own in Pitch Perfect 2 starring alongside Rebel Wilson and Anna Kendrick, letting her singing chops be known to the world.

Check out her sing an acoustic version of the movie’s song, “Flashlight”, with Pete Wentz on guitar:

Steinfeld, although newer to the music scene, has already found herself with plenty of accomplishments in both modeling and acting. She was encouraged to start acting from her cousin who was also an actor. She started out in commercials, short films, and guest television programs. At the age of 13, she found her breakthrough role as Mattie Ross in the remake of True Grit, even earning an Oscar nomination for Best Supporting Actress. Not too shabby!

A few months after the premiere of the films, all sorts of doors started swinging open for Hailee, in acting as well as modeling. She landed perhaps the most coveted role a young actress could ever hope for -- Juliet in a big screen adaptation of Romeo & Juliet, alongside the delicious Douglas Booth:

Check out her visit to the YH Studio to chat with us about her experience making this film:

She has also starred in Ender’s Game and alongside Samuel L. Jackson and Jessica Alba in the action comedy Barely Lethal:

Hailee stopped by our Studio again to chat about this film as well!

Most recently, Hailee appeared in BFF Taylor Swift’s music video for “Bad Blood” as The Trinity.

So what’s next for the young, talented lady? Well, Steinfeld is also set to be one of the headliners for iHeart Radio’s Jingle Ball this year along with Nick Jonas, One Direction, and Ellie Goulding! NBD!

So keep an eye out for Hailee Steinfeld, because this girl is taking over showbiz from every angle!