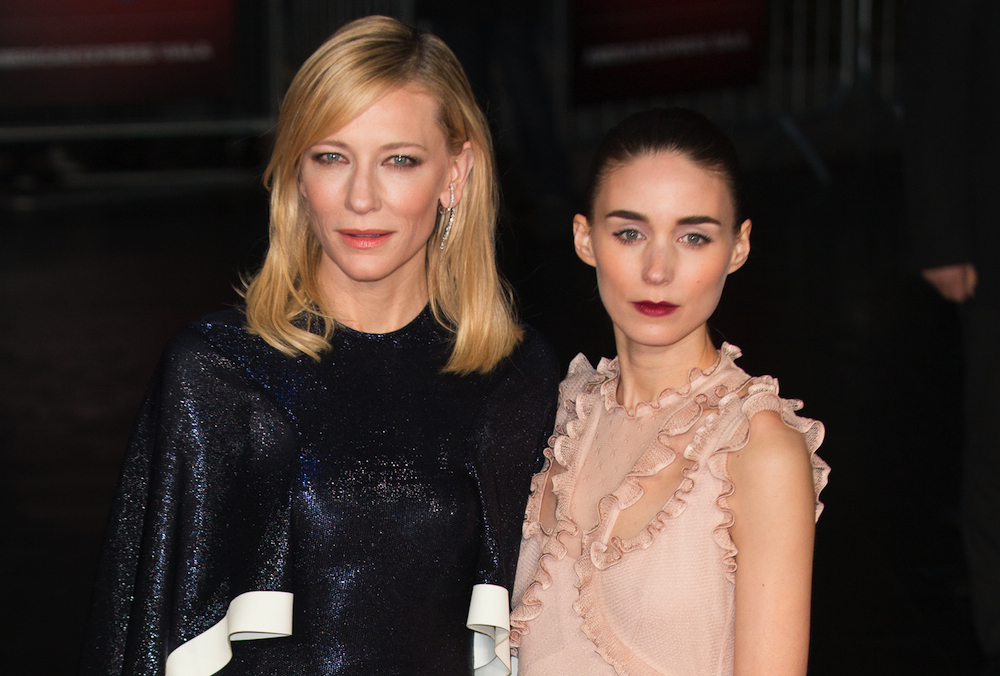 It seems like only last week that the 2015 Award Season was just wrapping up, and already we’re gearing up for 2016. Kicking off next year’s big races, the nominations for the SAG Awards and the Golden Globes were announced yesterday and today, respectively, giving us our first glimpse of how next year’s Academy Awards might shape up! Ready... Set... Go!

Bryan Cranston (Trumbo), Leonardo DiCaprio (The Revenant), Michael Fassbender (Steve Jobs), and Eddie Redmayne (The Danish Girl) take up 4 of the 5 Best Actor slots in both the SAG and Globes nominations, with Johnny Depp (Black Mass) filling out the SAG category and Will Smith (Concussion) doing the same for the Globes. From the moment I first saw the trailer for Trumbo, I knew that Cranston would be a lock for an Oscar, and this seems to only confirm my suspicion. On the other hand, though, Redmayne is on fire these days coming off of his Oscar win earlier this year for The Theory of Everything. Either way, poor Leo might have to wait a little longer for that coveted little gold man…

A similar pattern is playing out in the ladies category, with Best Actress nominations being handed to Cate Blanchett (Carol), Brie Larson (Room), and Saoirse Ronan (Brooklyn) for both a SAG and a Globe, while Helen Mirren (Woman in Gold) and Sarah Silverman (I Smile Back) join them in the SAG race, and Rooney Mara (Carol) and Alicia Vikander (The Danish Girl) vying for a Globe.

Idris Elba (Beasts of No Nation), Mark Rylance (Bridge of Spies), and Michael Shannon (99 Homes) all share Supporting Actor honors in both awards races, with Sylvester Stallone (Creed) proving he still packs a punch by landing his first Golden Globe nomination since 1977 – for, of course, the original Rocky! (He won the Oscar for that too, incidentally…)

Although Rooney Mara and Alicia Vikander got Golden Globe nominations in the Lead Actress category, both are relegated to Supporting Actress at the SAGs, though Vikander adds to her odds by also appearing in the Supporting Actress category at the Globes for her performance in Ex Machina. Kate Winslet (Steve Jobs) appears in both awards’ lists in this category, while Helen Mirren does the same, this time for Trumbo, bringing her total to three nominations so far.

But it’s not just about the movies! We’re still giving kudos to the amazing television we’ve seen this year as well!

Aziz Ansari gets a well-deserved Globe nomination for his lead role in Neflix’s “Master of None”, while Jeffrey Tambor (“Transparent”) is the only actor pulling double-duty in the Best Actor in a Comedy category. Oddly enough, it’s the SAGs that seem to be recognizing the perennial faves – Ty Burrell (“Modern Family”), William H. Macy (“Shameless”), Louis C.K. (“Louie”), Jim Parsons (“Big Bang Theory”) – while the Globes are branching out in more unorthodox waters, handing noms to Gael Garcia Bernal (“Mozart in the Jungle”), Rob Lowe (“The Grinder”), and Patrick Stewart (“Blunt Talk”). Similarly, old stand-bys like Julia Louis-Dreyfus (“Veep”), Edie Falco (“Nurse Jackie”), and Amy Poehler (“Parks and Recreation”) appear in the ladies equivalent category at the SAGs, while the Globes are going with more fresh blood like Rachel Bloom (“My Crazy Ex-Girlfriend”), Jamie Lee Curtis (“Scream Queens”), and Lily Tomlin (“Grace and Frankie”). On the other hand, though, I am as giddy as a recently-freed cult member to see Ellie Kemper make the cut at the SAGs for “Unbreakable Kimmy Schmidt”! If only the Globes had echoed the sentiment…

In the Drama categories, Jon Hamm (“Mad Men”) will have two more chances to give Don Draper a proper send-off, while Rami Malek (“Mr. Robot”) and Bob Odenkirk (“Better Call Saul”) make appearances on both lists as well. As for the ladies, once again we see a pattern of your usual suspects in the SAGs lists (Robin Wright, Julianna Margulies, Viola Davis, Claire Danes, Maggie Smith) while the Globes seem to be thinking more outside the box with the inclusions of Caitriona Balfe (“Outlander”), Eva Green (“Penny Dreadful”), and Taraji P. Henson (“Empire).

What I’m getting at is, I am way more excited about the Golden Globes nominees than the SAG nominees.

As far as Best Picture nominees go, obviously the SAGs and the Globes are using separate credentials. But it’s more than a little significant to see a movie like Mad Max: Fury Road listed as a Best Drama nominee at the Globes, and kudos to Amy Schumer for her feature Trainwreck getting nominated in the Best Musical or Comedy category.

In the Television category, I am very anxious to see if “Outlander”, “Narcos”, “Mr. Robot”, or “Empire” can upset Emmy-winner “Game of Thrones” for Best Drama Series (let’s be honest – this was not GoT’s best season by a looonnng shot), while 4 of the 6 nominees in the Best Comedy Series come from online streaming services; the other two are from HBO. Let that sink in for a moment – NONE of the broadcast networks received a nomination for Best Comedy Series.

Any way you slice it, the 2016 Awards Season is already shaping up to be a doozy!