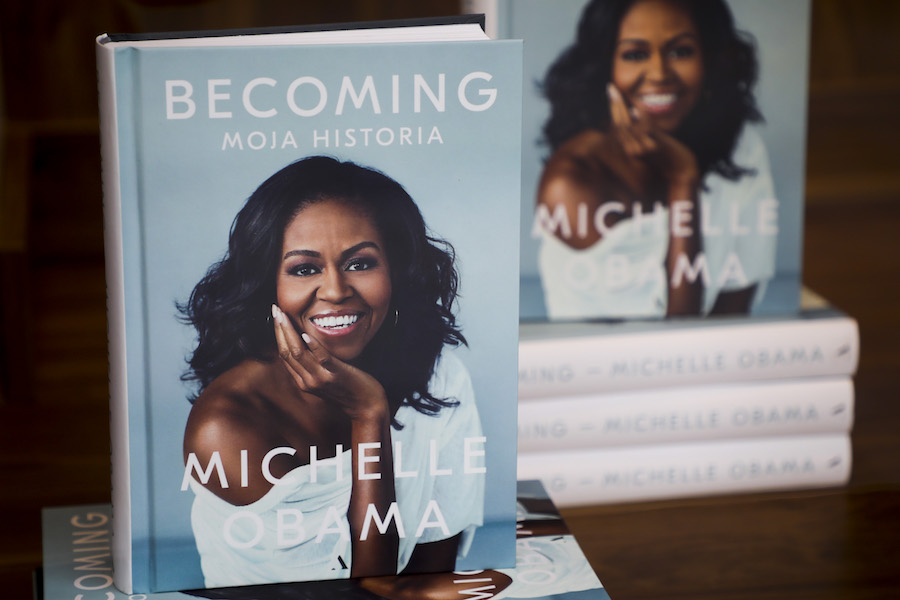 You probably have a lot of spare time on your hands right now. Maybe you’re spending it trying new recipes, starting that blog you never got to, or re-organizing your closet. Whatever it is you’re up to, it’s nice to have a  friendly voice around, and audiobooks are a great option to try. Yes, podcasts are awesome too, but audiobooks are longer, taking you out of current reality, and usually have a soothing voice.

If you’re new to the world of audiobooks, here are some great options for your first listen!

1. If you love a good fiction book: Daisy Jones and The Six by Taylor Jenkins Reid

Enter the world of love and rock and roll. Set in the '70s, an up-and-coming band called “the six” and a young singer named Daisy Jones come together to create an unforgettable story of music. Narrated by familiar voices such as Jennifer Beals and Judy Greer, the book is soon to be a 13-episode series on Amazon.

A post shared by Taylor Jenkins Reid (@tjenkinsreid) on

2. If you love a good autobiography: Becoming by Michelle Obama

There’s not a single voice more soothing than Michelle Obama narrating her own autobiography. If you’re interested in all the behind-the-scenes of being the First Lady, her childhood, and being married to Barack Obama, this one’s for you. It is definitely an interesting listen. Netflix just announced a documentary based on the book.

So thrilled to receive a #GRAMMYs nomination! This past year has been such a meaningful, exhilarating ride. I’ve loved hearing your stories and continuing down the road of becoming together. Thank you for every ounce of love and support you’ve shared so generously. #IAmBecoming ‬

3. If you want some self-help: You Are a Badass: How to Stop Doubting Your Greatness and Start Living an Awesome Life by Jen Sincero

A blunt, to-the-point guide on how to live your best life. Narrated by the author herself, Jen Sincero shares hilarious and inspiring stories, exercises, and the occasional curse word.

Week #6 on The NY Times Bestseller List with this fancy new book cover on the way - THANK YOU all my beloved badasses out there for buying the book and working on yourselves and making this world a more badass place! You are truly awesome and I am so grateful for having you be part of this journey. #YouAreaBadass #bestfansever #holycrapiloveyou @runningpress2300

4. If you’re looking for romance: The UnHoneymooners by Christina Lauren

If you feel like being swept away to the beaches of Maui, listening to the lives of two sisters who couldn’t be more opposite, and unexpected romance during wedding season. Then press play on this modern tale, and enjoy!

Absolutely dying that The Unhoneymooners has been chosen as Amazon's best romance of 2019 so far! Like and???‍♀️???‍♂️?‍♂️? with us in the comments and you could win a print copy!

5. If you want a suspenseful thriller: One of Us is Lying by Karen M. McManus

If you were a fan of "Pretty Little Liars", you’ll love this book. It’s the story of five strangers who walk into detention and only four walk out alive… It’s a Clue-like whodunnit that will keep you enthralled throughout.

A post shared by Karen M. McManus (@writerkmc) on