At the 2014 Grammys, the Performers Are the Real Winners 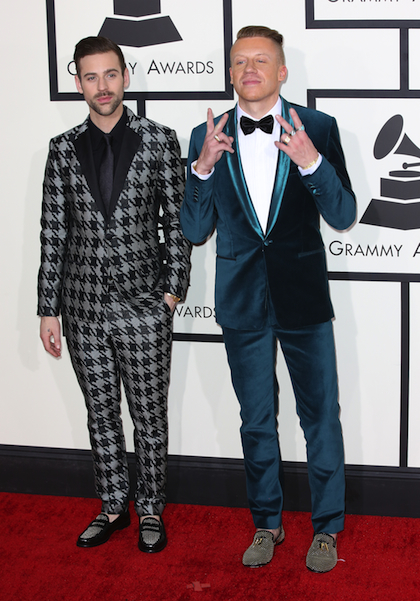 Let’s face it – the Recording Academy gives out A LOT of Grammy Awards. A vast majority of the accolades they dole out happen way before that actual telecast, and only a small handful are given away during the televised ceremony. In fact, even that number has dwindled considerably over the years to the point where it’s almost an afterthought.

These days? The Grammy Awards broadcast is all about the performances. It’s one big, massive epic concert to celebrate all the best music from the past year and beyond, from any conceivable genre. Above all, it’s an opportunity for some unforgettable – and often wonderfully harmonious – collaborations that you will likely never see anywhere else. The 2014 Grammy Awards were the pinnacle of this concept.

The show opened with perhaps music’s most influential combination at the moment – Beyoncé and Jay-Z, who let their love shine through for the world to see with a performance of “Drunk In Love”.

The performance was classic Bey & ‘Z, and it did not portend to the amazingness that would follow in the ensuing 3 hours.

There was Katy Perry, who brought a Halloween Emporium display set to life in her live performance of her single “Dark Horse”; Daft Punk emerged from the lab for a rare live appearance of their smash-hit (and Grammy-winning) jam “Get Lucky” with Pharrell, Nile Rodgers, and special guest Stevie Wonder; she may never be royal, but Lorde was queen of the night, and even performed a slightly retooled version of “Royals”, kooky dance moves and all; the legends themselves, the two surviving BeatlesPaul McCartney and Ringo Starr took to the stage to perform a new song called “Queenie Eye”; P!nk dragged out her tried and true trapeze act for a medley of “Try” and “Just Give Me a Reason” with Nate Ruess; Kendrick Lamar proved why he deserved ever accolade he got when he joined Imagine Dragons on stage; Miranda Lambert and Green Day’s Billie Joe Armstrong, while an odd combo, gelled beautifully during a tribute to Phil Everly; and who can forget the mad genius of pairing metal gods Metallica with piano prodigy Lang Lang?

But perhaps THE performance everyone is talking about this morning is the touching appearance by Macklemore and Ryan Lewis and their cohort Mary Lambert doing their hit “Same Love”, which was joined by Queen Latifah and Madonna. To put an extra touch on it, 30 couples, of all orientations, were mass-married during the performance! Not a dry eye in the house, you guys.

And the big closer for the night – only a rock extravaganza featuring Trent Reznor, Lindsay Buckingham, Queens of the Stone Age, and Dave Grohl. EPIC doesn’t begin to describe it. Only too bad that the network decided to roll credits in the middle of it…

And those weren't even ALL the goodies we were treated to last night! Whew! Which was YOUR favorite performance from the Grammys ceremony?